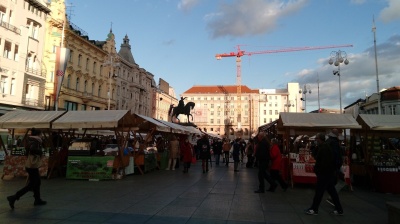 The international rating agency Fitch Ratings has made a sharp upward revision to its 2022 GDP growth forecast for Croatia.

It now predicts 6.1% growth this year, up from 3.3% forecast previously, which reflects Croatia’s faster-than-expected growth in 1H22 and solid summer tourism season. Meanwhile, efforts to diversify its energy supplies away from Russia mean Croatia is less exposed the energy crisis.

Fitch said it expects the Croatian economy to remain resilient to external shocks, due in part to its improved fiscal and external positions and the upcoming euro adoption in January 2023.

According to Fitch, Croatia's ratings are supported by strong structural features, including higher human development and governance indicators than peers, anchored by membership of the EU, and GDP per capita that is around 35% higher than the 'BBB' median.

“Set against these factors are high, albeit falling, public sector debt and a weak record of structural reform implementation, which, combined with an adverse demographic profile, has held back potential growth in the past,” the ratings agency added.

Fitch expects Croatia’s growth to “lose steam” in the coming quarters as a result of inflation affecting domestic demand and a slowdown in its key trading partners, primarily the eurozone. It therefore anticipates growth will slow to just 1.1% in 2023, despite an expected rise in public investment because of the higher absorption of EU funds.