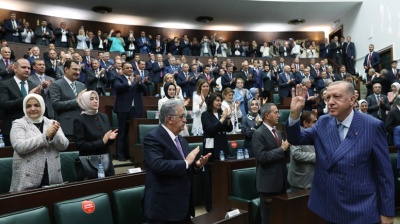 The big suspicion that Turkey’s President Recep Tayyip Erdogan is playing hardball in refusing to accept the Nato applications of Finland and Sweden because he needs to reassert his nationalist credentials ahead of his country’s national elections is not something Western diplomats are likely to point to as things stand, with difficult negotiations aimed at getting Ankara on board at a delicate stage. However, that explanation for Erdogan’s intransigence looked even more like the right explanation by the end of June 15, a day in which Turkey rejected invitations by Nato to participate in trilateral talks with Finland and Sweden.

If set up, the talks would be aimed at finding a solution to Turkey’s threat to veto the Nordic countries’ applications to join the Western military alliance, which are supported by all other Nato countries. But Erdogan’s domestic woes are immense. The president of nearly three decades is accused by many Turks mired in their country’s excruciating economic crisis of having mismanaged the economy. His opinion poll ratings are dire and his bid for re-election must take place by June next year at the latest. Erdogan is likely to do far more muscle-flexing on the Nato expansion issue before giving ground, while – as the authoritarian cranks up the hard power politics he perceives as attractive to his core voters – a Turkish invasion of northern Syria in pursuit of Kurdish militants remains on the cards and Ankara’s war of words with Greece over certain Aegean islands could grow ever more alarming.

Erdogan continues to state his outrage that Finland and Sweden could be invited to sit alongside Turkey in Nato when, in his eyes, they are “incubators” for Kurdish terrorists and decline to, on Ankara’s prompting, go after members of the Kurdistan Workers’ Party (PKK), an armed militia that has fought the Turkish state since the 1980s. However, to most observers Erdogan is stating a little too much outrage, especially when it is considered that his regime has several times been accused of turning a blind eye to Islamic State financing networks operating in Turkey  and of working with various terrorist groups in Syria whenever doing so has suited its tactical or strategic interests.

Nevertheless, Ankara has demanded concrete proposals in writing from Helsinki and Stockholm, such as on tightening their anti-terror legislation, to address the allegations it has raised over the Nordic presence of Kurdish terrorists and militants before agreeing to mediated talks, according to three people with knowledge of the discussions quoted by the Financial Times on June 15. That has apparently forced Nato officials to attempt to broker a deal through bilateral talks with each country.

A meeting tentatively scheduled for June 15 between officials from the three countries, which was to have been moderated by a senior Nato official, did not take place, one of the people reportedly disclosed.

A trilateral meeting mediated by Nato officials was the “ultimate objective . . . but we’re not there yet,” a senior official from the alliance told the UK daily, citing Turkey’s unwillingness to participate and a lack of clarity regarding Ankara’s demands of the two applicants.

Some Turkish officials have been talking about it being at least a year before the Swedish and Finnish bids to join Nato might progress, music to Moscow’s ears as the Kremlin seeks to sow whatever divisions it can among the Western allies amid the ongoing war in Ukraine.

Erdogan on June 15 reiterated his demand for concessions from the two Nordic nations. “Until Sweden and Finland show clear, concrete and decisive steps we will definitely not change our stance on the Nato issue,” he said.

Nato secretary-general Jens Stoltenberg said on June 15 that he and his staff were working to solve Turkey’s “legitimate concerns”, but conceded that he was less optimistic about the Nordic countries’ application process than a month ago.

“We need to sit down and address those concerns,” he said at a press conference. “This will take more time than we originally expected.”