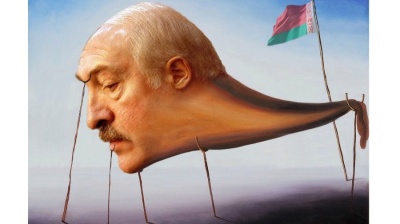 The Kremlin wins both ways if Belarusian president Alexander Lukashenko is deposed or manages to hang on to power
By Tadeusz Giczan in London August 11, 2020

Despite popular opinion and Belarus’ status as Russia’s closest ally, the relations between Lukashenko and the Kremlin have never been particularly cordial. The conflicts began back in the late 90s when former president Boris Yeltsin banned Lukashenko from visiting Russian regions in what looked more like his campaign for the Russian presidency.

Lukashenko hasn’t always been the Kremlin’s unconditional number one choice either. In fact, the question of whom Russia is going to back had been brought up at least three times – in 1996, 2001, and 2010.

The first time was during the constitutional crisis of 1996 when the parliament initiated the impeachment proceedings against Lukashenko. Russia had to urgently send its delegation headed by Prime Minister Viktor Chernomyrdin to Minsk. The delegation listened to both the president and the speaker of the parliament Semyon Sharetsky, and in the end, decided to back the former.

By the time of his second election in 2001, Lukashenko's position was still relatively shaky. The economy had just begun recovering from a crisis and a scandal was raging in the country following the disappearance of the opposition politicians. In addition to that, Lukashenko started purging the ranks of his officials, which caused widespread discontent among the ruling elite.

Russia has long waited for a single opposition candidate to emerge. In a way, Lukashenko was only saved by the opposition’s ineptitude. It could not decide on a single candidate until it was too late and Russia decided to back Lukashenko; under one condition: the privatisation of several Belarusian state-owned enterprises under the so-called Seleznev’s list.

After winning the election, Lukashenko “dumped” his Russian well-wishers, as he did many times afterwards.

About the same time, Russian President Vladimir Putin came to power, and the Kremlin’s relationship with Minsk soured further. Lukashenko's relations with Putin are known to be extremely cool, while those with former Prime Minister and President Dmitry Medvedev are almost openly hostile. The same is true in terms of the relations with Putin’s inner circle, first of all, Gazprom, with which Belarus has sharp conflicts every other year.

It doesn’t mean that Lukashenko had no allies in Russia. He did. First of all, it was Moscow mayor Yuri Luzhkov, Gennady Zyuganov’s Communists, a number of officials and oligarchs, like Boris Berezovsky, Sberbank CEO German Gref, politician Boris Gryzlov and others.

Even though many in Russia did not particularly fancy Lukashenko, he strengthened his power so much that for many years it was impossible to even think that there might be some alternative. For the past 20 years, the only permitted opposition in Belarus were pro-Western nationalists, with whom Russia could not and did not want to have anything in common.

One of the pillars of the Lukashenko regime’s stability is his monopoly on “pro-Russianness.” Any attempts to create an alternative pro-Russian political force bypassing the president are immediately blocked by Belarusian special services.

At the same time, Lukashenko himself, while constantly reaffirming his eternal friendship with Russia, has never been too eager to make any real concessions. The soap opera with the sale of Beltransgaz to Gazprom in 2011 – the national gas pipeline network operator and a key piece of energy infrastructure – dragged on for almost ten years and caused a series of oil and gas wars between the two countries. The tension culminated during the 2010 election campaign, when the Kremlin openly opposed Lukashenko, cut off almost all the subsidies, and virtually forced him to capitulate just one week before the election day. In return for the renewed Russian support, Lukashenko joined the Russia-led Customs Union that later became the Eurasia Economic Union (EEU), and finally sold Beltransgaz.

But in the majority of cases, Russia was left with nothing. Despite numerous negotiations, Belarus hasn’t sold Minsk-based MZKT company, the manufacturer of chassis for Russian mobile Topol-M launchers. The same is true for other Belarusian enterprises, which attracted the interest from Russian oligarchs, especially the country’s two modern oil refineries, Grodno AZOT plant and the potash plant in Soligorsk – all major money-makers.

The Kremlin kept pushing. Lukashenko kept resisting. This was the case with the deployment of the Russian military base in Belarus before the 2015 election. The Kremlin has long lusted after a military base in Belarus, which shares a border with the EU, but with no joy. So were Russia’s demands last year for Belarus to finally fulfil its obligations to form the Union State that would deepen the integration between the two countries and included a common currency among other ideas.

In 2018, Mikhail Babich was appointed Russian Ambassador to Belarus, who immediately became Lukashenko’s biggest foe. Babich attacked Lukashenko, met with the opposition, openly interfered in Belarus’ domestic politics, and behaved like he was the one in charge. Lukashenko almost begged Putin to recall Babich in exchange for deepening the integration.

Lukashenko irritates a lot of people in Russia, while the number of his powerful allies decreases year by year. His old-time cronies Berezovsky and Luzhkov are both dead. Last year, Russian security services destroyed the Lukashenko-linked business conglomerate of the Khotin brothers, one of the largest real estate tycoons in Moscow. Perhaps, Lukashenko’s most powerful ally today is Russian billionaire Mikhail Gutseriev, but his companies are also going through a hard time.

The Kremlin pushes even harder, while Lukashenko has less and less room for manoeuvre. During this election campaign, it was not the Kremlin but Lukashenko who decided to escalate. Last month, Belarus security forces arrested the entire top management of Gazprom-owned Belgazprombank, and arbitrarily appointed a new administration. Gazprom doesn’t seem willing to put up the appropriation of its bank and refuses to even meet with the new management.

Finally, there as the scandal of the detention of 33 Russian mercenaries in Minsk just before the presidential elections. Medvedev said this week that the attempts by the Belarusian authorities to turn Russia into an enemy for the sake of Lukashenko’s domestic political agenda will have “grave consequences.”

It doesn’t necessarily mean that the Kremlin is now going to support the opposition headed by Svetlana Tikhanovskaya. No. But it won’t try too hard to help Lukashenko either. Most likely, the Kremlin will abstain from any direct involvement and remain one the sidelines. On the one hand, Lukashenko is still the most convenient candidate for Russia. He is very well-known in Russia and his limitations are well understood. Most importantly the Kremlin is certain that under Lukashenko Belarus will never turn to the West.

On the other hand, all the leaders of today's Belarusian opposition –Svetlana Tikhanovskaya, the arrested Viktor Babariko, or the escaped Valery Tsepkalo – are not classic pro-Western nationalists. They do not demand Belarus' immediate membership in NATO and don’t oppose close relations with Russia. The only reason they are not convenient for the Kremlin is the same reason why Lukashenko is – they are unpredictable.

The ideal scenario for Russia would be a weak Lukashenko remaining in power. But given all the above and especially Lukashenko’s recent hostile actions, it becomes increasingly likely that if the situation in Belarus gets out of his control, the Kremlin might turn its back on him and let him fall. The Kremlin won’t force him to leave but wouldn’t mind if he did either.

ING THINK: Growth in the Balkans: from zero to hero again?
4 days ago
FPRI BMB Ukraine: Most Ukrainians are optimistic about 2021 – poll
5 days ago
COMMENT: Record high debt levels will slow post-coronavirus recovery, threaten some countries' financial stability, says IIF
7 days ago
COMMENT: The Manafort Pardon: a finger in the collective eyes of Ukrainians
12 days ago
STOLYPIN: Scope for limited progress under Biden, so long as the past remains the past
12 days ago