COMMENT: CEE should be worried about the next EU budget

CEE has been a big winner from EU investment money, but the budgets may be cut this year / wikicommons
By Richard Grieveson of the Vienna Institute for International Economic Studies May 17, 2018

The EU budget has had a positive impact on economic growth and helped to improve the quality of infrastructure in poorer parts of the bloc, not least in the countries  of Central and Eastern Europe (CEE). Now, however, there is a chance that these funds will be cut, and a high likelihood that funding priorities will change. At least some CEE countries are likely to lose out. 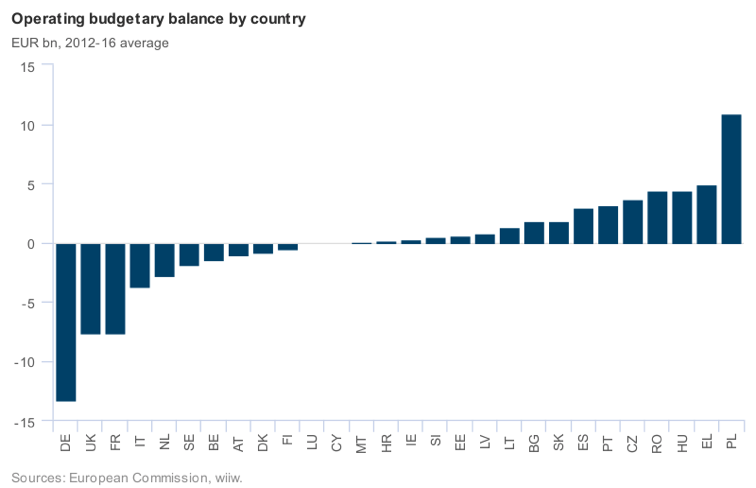 Research from the Wiener Institut für Internationale Wirtschaftsvergleiche (wiiw) shows a host of benefits for EU-CEE countries as a result of EU funds inflows in the past decade. Net inflows from the EU budget have been in the range of 2-5% of GNI per year for the newer member states. In 2015-17, EU funds inflows accounted for over 40% of total public investment in all EU-CEE countries except Slovenia. For Croatia, the figure was as high as 80%. 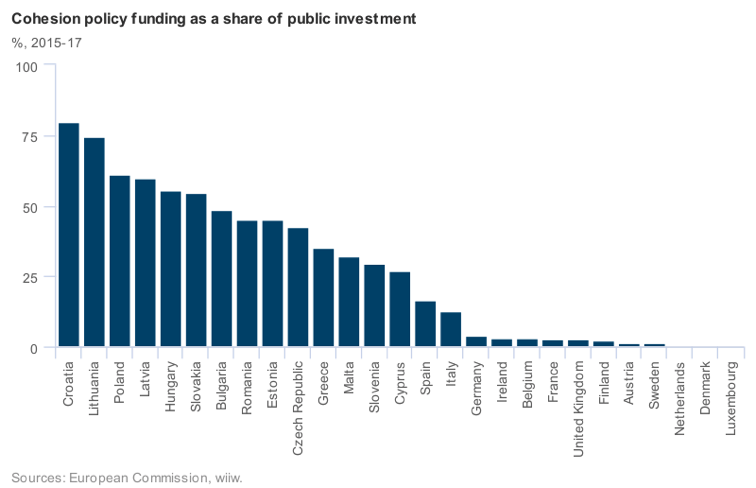 EU funds have also contributed to better living standards, helping to cement the transition to democracy and market economies in the region. Cohesion policy funding—at least when aimed at direct investments in R&D—has helped to raise firms’ productivity. We find that, overall, EU funds in the region have improved accessibility, connectivity and the business environment.

Change is on the way

But things are about to change. So far, little is certain, but two things are key. First, Brexit will cut 12-14% from the total funds available, according to official estimates. Second, there have been demands, both from the European Commission and some of the big net payers into the budget, to change how the EU money is spent.

As the new budget is thrashed out over the coming year, CEE countries will have their eyes on four mains issues:

First, the levels of funding after Brexit. If the overall level of the budget is indeed cut, EU-CEE countries will lose out disproportionately. The so-called “frugal four”—Austria, Denmark, Sweden and the Netherlands—have said that they will not increase their contributions to cover the post-Brexit funding gap.

Second, even if the size of the budget remains the same, member states in the region will be watching any changes to where the funding goes. The Commission’s idea to tie funding more to youth unemployment, for example, would see some transfers switched from eastern to southern Europe. Youth unemployment levels in most of EU-CEE are lower than in countries such as Spain and Greece. Günther Oettinger, the European Commissioner for Budget and Human Resources, has already said that a 5-10% cut in cohesion funds—from which EU-CEE benefits disproportionately—is possible. 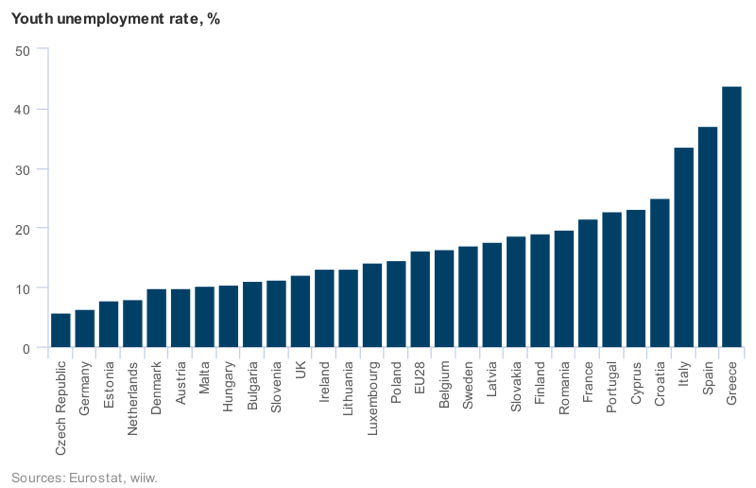 Third, the issue of conditionality of future transfers from Brussels looms large. Even though this will be difficult to force through, many Western European member states hope to achieve it, motivated by the refusal by some in CEE to participate in refugee reallocation schemes, threats to the rule of law, and allegations of corruption in the use of EU funds.

Fourth, the big question for CEE countries, which are hoping to join the EU (specifically, the six Western Balkan states that are not yet members), is what happens to their funding in the new period. Funds available under the Instrument for Pre-Accession Assistance (IPA) are already very low compared with EU transfers for member states, helping to explain why the six Western Balkan hopefuls have such an infrastructure deficit, even compared to other parts of CEE.

This is going to drag on

Negotiations are likely to be messy and last for some time. The “frugal four” may well back down, but they will first need to show their national electorates that they have put up a fight. Many hope that discussions will be wrapped up before the 2019 European Parliament elections, but that might be too ambitious.

If funds are cut, EU-CEE looks set to lose out, and perhaps disproportionately so, depending on how significant changes to funding priorities turn out to be. This will be negative for growth, which will anyway be much lower by the time of the next funding period than is currently the case.

However, those with a glass half full disposition may see a silver lining in lower and/or differently targeted levels of EU funding. First, as a team of researchers including my colleague Mahdi Ghodsi recently showed, some EU funds (those targeted at business support) can actually harm firms’ productivity. Second, as my colleague Sandor Richter pointed out last year, a cut in the budget could actually help to improve competitiveness and reduce corruption in the region.

Richard Grieveson is an economist at the wiiw, specialising in CESEE country analysis and economic forecasting, with a particular focus on Turkey and the Western Balkans. He has previously worked as a director in the Emerging Europe Sovereigns team at Fitch Ratings and lead analyst for Germany and Poland at the Economist Intelligence Unit.