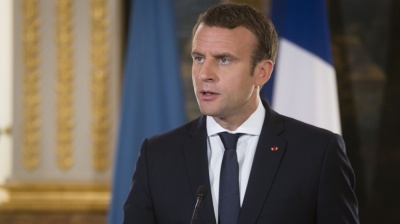 France has been using the desire of some EU members to see Albania and North Macedonia join the union as a bargaining chip.
By Ben Aris in Berlin July 1, 2019

The bids by Albania and Northern Macedonia to join the EU have been bogged down by France, which is using the desire of some EU members to let the two small countries in as a bargaining chip in the hope of screwing concessions for its own agenda, analysts from the Centre for Eastern Studies (OSW) argue in a note.

On June 18 the Council of the European Union postponed the decision to open accession negotiations with Albania and North Macedonia once again.

The two countries have met all the requirements placed on them to open the talks, and the Council has already signed off on those changes. A decision was supposed to have been reached in June this year. The deadline has come and gone.

Germany has also been dragging its heels, distracted by domestic politics and a general expansion fatigue. Berlin’s failure to take a position on procedural questions was the official reason for the delay. Formally, Germany’s support for the accession negotiations within the EU is contingent on the agreement of the Bundestag and the debate on this issue has been postponed until autumn. But in the two big parties – CDU and CSU – there is growing scepticism over the prospect of admitting new member states to the EU, due partly to the rise of the right wing and the increased sensitivity to the immigrant issue that has come with that.

Albania has met the conditions set by the EU including carrying out a challenging judicial system reform (and burning its extensive marijuana fields in the southern part of the country). North Macedonia settled its name debate with Greece and even held the country’s first ever gay Pride march at the weekend as well as extending the rights of its Albanian minority.

But it has been France that has caused the most problems. In general the northern and western members of the EU are not that concerned with Albania and Northern Macedonia’s accession, while the southern and eastern countries – including Austria and Italy – are keener on the idea, partly as they use Albania in particular as a low cost manufacturing base.

“The French government is reluctant to accept any new member states before a reform of the entire EU is made. Furthermore, France does not regard the Western Balkans as a priority area of EU policy and sees concessions in this matter as a bargaining chip in negotiations with other EU member states,” Marta Szpala and Ryszarda Formuszewicz of OSW said in a note on June 28 entitled “EU split over enlargement policy.”

On the initiative of Poland, on June 11 the pro-expansion countries presented a joint statement calling for negotiations with Albania and North Macedonia to be opened in June 2019, saying that if the talks did not begin, it would have negative implications for the effectiveness of EU policy towards the Western Balkans and the situation in the region. However, the OSW experts say that reaching a compromise will be hard and are not expecting one to be found until the autumn.

The political situation in the EU is delicate as the EU is in the midst of deciding on key jobs in its hierarchy. Berlin is reluctant to push through the accession talks as France is using the issue as a bargaining chip in the debate over assigning top EU posts that will shape the future of the union.

“Berlin was also keen to avoid stoking the dispute with France in this area at a moment when crucial decisions about the shape of the future European Commission and the appointments for the leadership posts in the EU institutions are being made,” Szpala and Formuszewicz say in their paper.

The delays highlight the lack of consensus within the EU on the priorities of the policy towards the Western Balkan states. Accession was supposed to be merit-based and candidate countries simply needed to tick the boxes on the reform tasks the EU assigned them. But it's proving to be a lot more difficult than that.

According to the reports from the European Commission, neither North Macedonia nor Albania differ in the extent of their preparedness from Montenegro and Serbia, with whom negotiations were launched in 2012 and 2013 respectively.

The analysts worry that the EU’s dithering will destabilise the governments of the region. North Macedonia suffered a great deal of pain in deciding to change its name and if the reward of starting on the EU accession path is not forthcoming then the government will suffer a damaging creditability blow, as will the EU’s image in North Macedonia.

“That will also weaken the EU’s ascendancy over the governments of the states in the region in the area of implementing reforms or settling bilateral disputes. Above all, this concerns the Serbian-Kosovar conflict, which has a key impact on the region’s stability. The lack of consistency in EU policy has also been used by anti-Western circles and countries such as Russia in order to weaken Euro-Atlantic aspirations of the countries in the region,” Szpala and Formuszewicz argue.