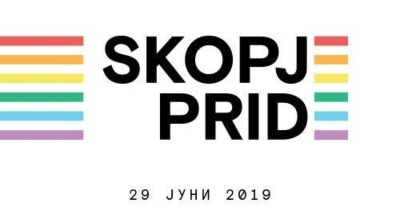 The parade was seen as a test for the EU-aspirant Balkan country of its respect of the rights of minority groups, such as members of the LGBT community, who have often faced hate speech and discrimination.

The participants were dancing and waving the trademark rainbow flag in the Skopje downtown. The event was also attended by state officials including defence minister Radmila Sekerinska and labour and social affairs minister Mila Carovska, as well as foreign diplomats. There was a strong police presence during the march.

“We are proud to celebrate, support, and participate in SkopjePride. Congratulations to the organizers, community leaders and government officials for this exceptional event. We stand with North Macedonia as it works to guarantee & protect the freedoms and human rights of its citizens," the US embassy said in a tweet.

Police estimated that nearly 1,000 people participated in the march.

At the end of the rally, Tamara Todevska, one of the most distinguished pop singers performed her hit Proud, which she sang at this year's Eurovision Song Contest in Tel Aviv.

Participants in the march, seen as a milestone for LGBT community in the country, say that the main goal is to achieve equality in the society. There were participants from other Balkan countries.

Activists expect the government to take more steps to protect LGBT rights. North Macedonia, which is awaiting a date to start EU membership talks, must improve human and minority rights before it becomes a fully-fledged member of the bloc.

At the same time, opponents of the march, most of them members and leaders of the religious communities held a counter rally in front of the main Orthodox Church in the capital to promote traditional values of the family. They were carrying banners that read “For the Family” and “Gender and Sex are Biology, not Ideology."

Health minister Venko Filipce announced on June 27 that gender reassignment surgeries, which cost around €15,000 will be free of charge in future and the costs will be covered by the state health fund, but following the public criticism he withdrew the decision.

Bosnia and Herzegovina is the next among the countries in the region that will hold such parade in Sarajevo in September.

Tens of thousands of people in more than 50 cities blocked roads against Serbia in protest against Rio Tinto's plans to build a huge lithium mine in the country.