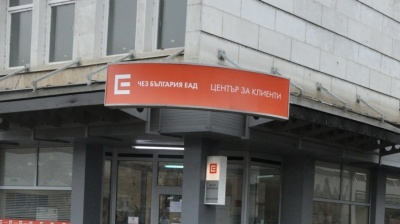 Czech power company CEZ said that it will start parallel talks with India Power Group on the sale of its assets in Bulgaria as its deal with family-owned Inercom Group has been blocked by the Bulgarian authorities.

In February, CEZ announced it had selected Inercom as the buyer of its Bulgarian assets, which raised serious concerns about the Bulgarian company’s ability to fund and run the assets. Adding to the controversy, Inercom was also found to be owned by a close friend of Bulgaria's energy minister.

However, although starting talks with India Power, CEZ does not intend to give up its agreement with Inercom even though its term expired at end-November.

“The Share Purchase Agreement with Inercom regarding the purchase of the Bulgarian assets currently remains valid. There will be parallel negotiations,” Alice Horakova, CEZ’s press officer, told bne IntelliNews in an email.

In July, the CPC ruled that the highly controversial deal cannot be completed as Inercom would gain excessive power on the photovoltaic electricity market. At the time, local analysts suggested that the decision of the antitrust body had no serious grounds, and aimed to put an end to the major political dispute around the sale of CEZ's assets to an unknown company furthermore controlled by owners related to the energy minister.

To meet the CPC’s requirements, the owner of Inercom Ginka Varbakova decided to restructure her assets and left five firms. Following the restructuring, the Bulgarian company filed a second request for approval of the deal in September, but the CPC has said that it will need time to rule on the sale.

However, in October the CPC declined to issue a new ruling on the deal. Both CEZ and Inercom have objected to the ban.

India Power Corporation was the second-ranked bidder in the race for CEZ’s Bulgarian assets. The Czech company shortlisted five companies in the sale procedure.

The Indian company is part of Kanoria Foundation Trust, which unifies the businesses of the Kanoria family. Unlike Inercom it is a large concern; its value is estimated at $10bn. India Power produces wind, solar and thermal energy, and also deals with electricity distribution.

In Bulgaria, CEZ operates an electricity distribution business with 2mn customers, a retail electricity supplier, and a wholesale trader. The Varna coal-fired power plant also owned by the firm has an installed capacity of 1,265 MW., and was recently acquired by Ahmed Dogan, the chairman of honour of Bulgaria’s ethnic-Turk Movement for Rights and Freedoms (DPS). In addition, CEZ owns two renewable plants.