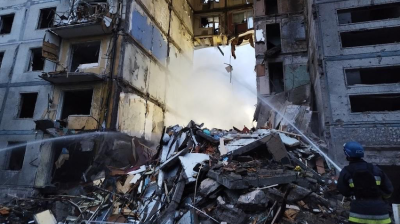 Bulgaria’s parliament approved on December 9 the much delayed decision to send weapons to Ukraine, but the list remains classified. The decision was backed with a huge majority of 148 votes in favour, versus 46 against, and with one abstention.

Those opposing the sending of weapons to Ukraine were the pro-Russian Bulgarian Socialist Party (BSP) and Vazrazhdane. Only one MP from the BSP voted in support of the decision after giving an emotional speech to parliament. He was immediately expelled by the BSP’s parliamentary group after the vote.

On December 9, lawmakers also ratified an agreement between the defence ministries of Bulgaria and Ukraine on the transfer of armaments, equipment and ammunition.

The debate prior to the vote was marred by numerous attempts by MPs from the BSP and Vazrazhdane to postpone the vote or remove the item from the parliament’s agenda for the day. The BSP also attempted to de-classify the list of weapons.

One of its MPs started broadcasting the parliament’s session live on Facebook for a short while, despite an order by deputy speaker Rossen Zhelyazkov that anyone doing so would have their phone confiscated.

The BSP dubbed the political parties voting in favour of the military aid to Ukraine the "Coalition of War", while, in response, Hristo Ivanov, co-leader of Democratic Bulgaria, said that the BSP’s and Vazrazhdane’s claims of being ‘for peace” means a “Russian peace”.

BSP MP Yavor Bozhankov gave an emotional speech that went viral on social media and was shared thousands of times.

“I cannot agree with the claim that this decision involves Bulgaria in the war as even neighbouring Macedonia gave weapons long ago, Czechia, the whole Europe. No one has entered directly in the war, Bulgarian citizens may not be frightened and they are being frightened with a political purpose because yes, there is such a mood. But our work as leaders, our responsibility is to lead the Bulgarian people, not to look at the public opinion,” Bozhankov said.

“This is a historic decision with a symbolic significance, it is important and will put Bulgaria on the path of its civilisation choice. Not long ago Russia has declared us an unfriendly state when we were even too friendly – we were not sending weapons, we were not, as some say, participating in the conflict but despite that Russia has declared us an unfriendly state. And this is their attitude towards us,” Bozhankov said.

He added that Russia is aggressor that has attacked Ukraine, and that this was the position of the whole civilisational world.

Bozhankov said that Russia is committing genocide in Ukraine and that history will judge everyone’s choice made during the Russian war in Ukraine.

“I am certain in my position, being fully aware on the possible consequences. But I am certain in one thing – Russia will not win this war,” Bozhankov said.

His speech was loudly applauded by the pro-Western parties in parliament.

In an interview for Nova TV caretaker Defence Minister Dimitar Stoyanov, said the country is not giving S-300 missile systems, MiG-29s or Su-25 aircraft, but the aid is fully aligned with Ukraine’s priorities.

In addition to the weapons, Bulgaria will host up to 60 personnel from Ukraine’s armed forces to be trained as combat medics. Up to 50 Bulgarian military personnel are to be involved in the training of Ukraine’s military in the use of weapons and equipment.

Russian gas pipe flow dips to record low in January
Only Hungary and Russia heading for recession in 2023 as Emerging Europe shows its resilience
M&A in Emerging Europe fell by 20% to €32.93bn in 2022