Bulgaria’s Gerb, There Are Such People in tight race for first place in July 11 election 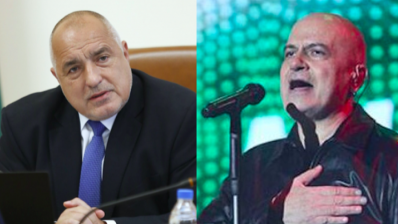 Former prime minister Boyko Borissov's Gerb and popular showman Slavi Trifonov's There Are Such People have almost equal support ahead of the July 11 snap general election.
By Denitsa Koseva in Sofia May 20, 2021

Bulgaria’s Gerb party, which led the country for a decade, and popular showman Slavi Trifonov's newly formed There Are Such People have almost equal support ahead of the July 11 snap general election, a poll carried out by Gallup International showed.

The other newcomer to the previous parliament, reformist Democratic Bulgaria, is also increasing its support, ranking fourth with 11.6% (up from around 9% in April) after the Bulgarian Socialist Party (BSP), which remains third with 16.1%.

The ethnic-Turk Movement for Rights and Freedoms (DPS) would get 11.2%, putting it in fifth place. The party came fourth in April, ahead of Democratic Bulgaria.

The third new political establishment that passed the 4% threshold in April, Stand up! Thugs out!, will make it to parliament once again, gaining 5.6% of the votes.

The poll shows that the three new political formations would again fail to get a stable majority. Following the April 4 vote, There Are Such People gave up trying to form a government, saying it lacks enough partners in parliament for majority. All the political parties in the parliament were willing to support Trifonov for a ruling coalition, but the showman-turned-politician said his party could only find common ground with Democratic Bulgaria and Stand up! Thugs out!

The poll also showed that far-right parties such as VMRO, Volya, National Front for Salvation of Bulgaria (NFSB) and Ataka might pass the 4% threshold if they unite for the July 11 vote. In April, none of these parties made it into the parliament.