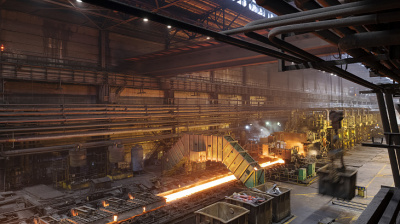 The cost of the EU’s proposed CBAM may turn out to be less than initially feared by exporters into the EU, a new report from Sandbag and E3G, two pro-green think-tanks, has found.

Three of the biggest exporters into the EU, the US, Russia and China, face the prospect of the new carbon tax being slapped on their exports of carbon-intensive goods into the EU, principally iron and steel, chemicals, cement, aluminium and electricity.

However, the scheme as proposed covers only 3.2% of EU imports, and 47% of free emission allowances currently given to industry.

This means that the CBAM, if implemented in its current proposed form, will raise the cost for EU importers of some goods from non-EU countries to access the European market.

But the overall impact is likely to be small, as the current proposal only covers a small share of exports to the EU, and importers will recover most of the additional costs through higher prices in EU markets.

Russia would face the highest additional net costs of €602mn by 2035, coming mainly from iron and steel imports.

Furthermore, the higher costs will be likely passed on to consumers, while importers of benefit from possible price increases, the report estimated.

“The impact of the likely CBAM scenario on EU imports from China will be very small,” the authors including Adrien Assous said. “The cost will mainly be borne by EU consumers, while importers recover most of it thanks to price increases in EU markets.”

The report explained that importers will recover part of the CBAM costs in the form of higher selling prices for their products as free allowances are phased out over the 10 years from 2026 to 2035.

In the iron and steel sector alone, for example, China’s would face just a 2% increase by 2035 in the net costs of its $5.9bn iron and steel exports to the EU, the report calculated.

The CBAM aims to use EU ETS pricing benchmarks to put a carbon price on imports of carbon-intensive goods into the EU in order to avoid EU manufacturers suffering from unfair competition. This would also see CO2 production in the EU being displaced to the likes of Russia, China and the US in a process called carbon leakage.

The EU released the proposals in July, and they still need to be approved by the member states and the European Parliament.

This scheme is part of the Fit for 55 package, a group of 12 directives and regulations aiming to achieve 55% emissions reductions compared to 1990 levels.

From the market point of view, the CBAM will mean that 53% of the free allowances will remain unchanged, potentially undermining the EU’s intention of using the CBAM to reduce carbon leakage and to create a level playing for the carbon emitters.

bneGREEN: Fit for 55 – not fit for purpose
2 days ago
bneGREEN: Slovenia’s Sigma Energy deploys device to convert sea waves into electricity
13 days ago
bneGreen: Southeast Europe’s first eco-mosque opens in Croatia
21 days ago
bneGREEN: Europe pays what it takes to bring in LNG but still cannot get enough
23 days ago
bneGREEN: Baltic states – except Russia – agree to aim for seven-fold increase in offshore wind
1 month ago