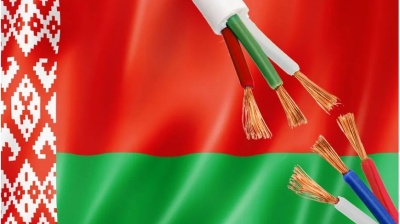 With Western sanctions having disconnected Belarus' leading banks from the global financial system, they are desperately seeking to join up with the Russian and Chinese payment systems instead. / https://www.russia-briefing.com/
By bne IntelliNews October 30, 2022

Western sanctions against Belarus along with the regime’s increased domestic repressions and tightened grip around the economy have had negative effects throughout the country’s economy.

The country's manufacturing industry is not only forced to take out more loans and scramble for supply routes; with the new price regulation system it can’t even raise prises freely amid soaring global and domestic inflation. The transport sector is cut off from almost every route but the one through Russia, which is leading to markedly increased transport costs and capacity problems for some of Belarus’ most important export goods. In the IT sector, many experienced tech experts have had it with the political repressions and have chosen to leave the country, which is slowly but steadily hollowing out the country’s IT workforce.

Belarus’ financial sector has also taken large hits from the Western sanctions. With Minsk having been unable to make its coupon payments in US dollars this year, this has made three of the world’s largest rating agencies declare Belarus to be in restricted/selective default. In his latest statement, Belarus’ Finance Minister Yuri Seliverstov confirmed that Belarus will only be able to pay Western bondholders in Belarusian rubles as long as sanctions remain in place against Belarus’ National Bank (NBRB).

Having had all of the country’s largest banks disconnected from SWIFT and the NBRB sanctioned, Belarus has had problems not only with making payments on its bond debts but also exporting and importing goods since its trade partners fear trading with Belarusian economic entities in Western currencies. Additionally, Belarusians are unable to pay for Western online services; on October 17, the communication channel between Belarusian banks and Visa’s international payment system suddenly became unavailable.

In October, Belarusian officials have repeated that Belarus intends to join the Russian Mir and Chinese UnionPay payment systems. While Belarus announced that its banks would connect to Mir already in December 2021, the Deputy Chairman of the NBRB’s board, Dmitry Kalechits, recently told state media: “It is clear that integration is a gradual process.” It would thus seem like the integration is not going as fast as officials might wish for.

Concerning financial integration with China, Kalechits told state media reporters that Belarusian banks would work “more actively” with the UnionPay system in the future. However, the head of the NBRB, Pavel Kallaur, has stated that integration with the domestic Chinese CIPS payment system is Belarus’ “medium-term strategy.” According to Kallaur, Belarusian banks are currently working with Chinese partners to increase Belarus’ technical compatibility with the CIPS.

In its pursuit of safety within the larger Russian and Chinese markets and financial spheres, the structure of Belarus’ foreign currency basket is also changing, as pointed out by Kallaur.

According to Kallaur: “the shares of the Russian ruble and the Chinese yuan are rising. This is why the structure of the gold and foreign exchange reserves will follow the monetary flows generated by foreign trade operations.”

In August, the NBRB stopped publishing the structure or various factors that influenced changes to Belarus’ total gold and FX reserves, probably because it did not want Western and oppositional analysts to be able to assess its liquidity. Moreover, Kallaur stated that Belarus is gradually phasing out US dollars in favour of demand for Belarusian rubles. While Kallaur makes this sound a natural process due to the ruble’s superiority, it’s likely just the result of Belarusian companies’ inability to make transactions in dollars.

Overall, Belarus’ economy is also highly dollarised, with house prices generally being denominated in dollars and dollars making up 62.13% of the country’s foreign bond debt. In general, Belarusians are sceptical about the country’s own currency and prefer to keep savings in dollars or euros. In late February and early March Belarusians rushed to their domestic banks to withdraw savings in dollars, only to find out that the banks had no dollars to give them.

However, Kallaur wishes to strengthen the confidence in the Belarusian ruble. He even claimed to have a strategy for this, although recognising it as a “complicated incremental process.” While Kallaur has to show resolve in his fight against the dollar for state media, especially since President Lukashenko has called it a “toxic currency,” he understands that phasing it out of the Belarusian economy is way easier said than done.

According to Kalechits, a new mechanism has already been introduced that will help banks in reporting incidents to the regulator and there are also plans for the creation of an “integrated system for rapid exchange of information between interested parties” that will make preventing and combating cybercrimes more effective.

One can guess that all of this has become harder as the pool of experienced IT specialists in both Belarus and Russia has decreased immensely over the course of 2022.

Belarus’ banking sector, like in any other country, has obvious reason to pursue enhanced cybersecurity to avoid financial crimes in a broad sense. These new cybersecurity measures could also stem from concerns related to deeper integration into the Russian and Chinese financial spheres; perhaps the ABB and NBRB are afraid that someone could take advantage of the confusion which may arise during integration.

However, officials in Minsk also know that the exiled opposition has hackers (specifically the cyber partisans) always looking for new ways to expose crimes committed by the regime. As Belarus attempts to diversify its trade routes and tries to import and export sanctioned goods from third countries, cybersecurity will also become ever more important for its partners.

Ensuring that transactions that break Western sanctions don’t leak will be a high priority for Belarusian banks if they’re hoping to find traders and producers that are willing to co-operate with them in circumventing these sanctions.

Foreign investment has transformed Eastern Europe, says wiiw report
7 hours ago
Will Croatia’s latest shot at World Cup glory ease economic slowdown?
1 day ago
Belarus’ government to expand political-economic control at the expense of economic growth
1 day ago
Sino-Russian ties continue to deepen as Western sanctions drive their economies together
2 days ago
War and wine: how rattled economies in Ukraine and Russia are pushing Georgian winemakers to pivot to new markets
2 days ago