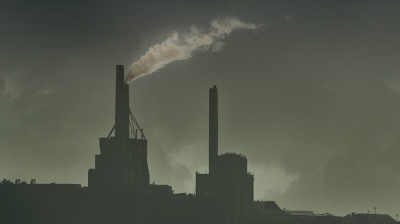 When China’s ban on plastic waste imports was announced back in 2017, it immediately raised the question of where all the waste developed countries were unable to recycle at home would end up.

The answer was — rather predictably — that while efforts to reduce and recycle plastic waste at home would be stepped up to some extent, waste exports would also descend on developing countries in Southeast Asia, Africa and emerging Europe.

Developments at the beginning of March confirm that not only are Southeast European countries receiving waste from Western Europe— at least some of it illegal — but they are ill equipped to handle it.

A couple of weeks ago residents of the Romanian capital Bucharest were mystified when pollution levels suddenly spiked. The increase took place at a weekend, when traffic is generally lighter than on weekdays.

“Alarming pollution Sunday night in Bucharest, when traffic is minimal, indicated by two different measurement systems … what is the explanation?” Greenpeace Romania wrote on its Facebook page on March 1. The environmental group reported extreme pollution again the next day.

The situation drove the authorities to investigate, visiting waste collection and management companies around the capital. Then acting Environment Minister Costel Alexe commented on the situation, telling Libertatea.ro on March 3 that the air pollution had been caused by companies illegally burning waste that was illegally imported from the UK.

He went on to elaborate that in the previous few weeks alone, 25 containers from the UK entered Romania via the country’s main port of Constanta. While the containers appeared to be full of household goods, each in fact contained 20 tonnes of waste, which was then taken from Constanta to companies in the Bucharest area and burned.

This coincided with a similar scandal in neighbouring Bulgaria, where lawyers and environmental NGOs have filed a claim against Bulgaria with the European Commission over an administrative decision allowing waste burning at three coal-fired power plants that do not meet EU requirements.

Greenpeace–Bulgaria, Za Zemiata and Clean Earth claim that the Bulgarian authorities have allowed three coal-fired power plants – Brikel, Pernik and Bobov Dol, all of which are allegedly owned by or connected to controversial businessman Hristo Kovachki – to carry out experimental waste burning without following EU or Bulgarian procedures.

The three plants as well as a fourth in Sliven were the target of an investigation in autumn 2019, also for alleged illegal waste burning, that was launched after independent investigative news outlet Bivol.bg published an article saying that black smoke could often be seen coming out of their chimneys and those of other plants across the country.

It is not clear where the waste allegedly burned at the Brikel, Pernik and Bobov Dol power plants came from, but it was revealed in December that the Italian authorities are investigating illegal exports of rubbish to Bulgaria from the Italian mafia, reportedly to be burned in local power plants.

Bulgarian prosecutors have already initiated probes into allegations that illegal imports of waste were covered up by former environment minister Neno Dimov, who was arrested in January over a separate environmental scandal.

Where does the plastic go?

Until the beginning of 2018, China was the world’s largest waste importer, including of some difficult to recycle plastics. The top exporters to China included Germany, Japan, the UK and the US.

Industry association PlasticsEurope says the recycling rate for collected plastic waste was just 32.5% across the EU in 2018, while 24.9% was sent to landfill and 42.6% used for energy recovery.

As a result of the Chinese ban, countries that previously exported some of their waste for recycling had to look for new solutions. “European Union member states face a dilemma on how to deal with the millions of tonnes of waste generated in Europe every year, amid a growing number of bans and tougher international rules on the export of certain waste to other countries,” says a 2019 comment from the European Environment Agency (EEA).

A year after the ban was introduced, in early 2019, the EEA said that the EU was exporting about 150,000 tonnes of plastic waste per month, down by around one half compared to 2015 and 2016, when exports went primarily to China and Hong Kong.

The EEA says that the Chinese ban, together with new United Nations bans on certain types of packaging, is likely to have a negative short-term effect but could force states to make improvements in the longer term. “These bans and restrictions and a shrinking international market for plastics will likely increase landfilling and incineration in the short term, but should also trigger investments in capacities and systems to increase recycling and reuse of plastic waste,” the EEA said.

The other option being looked at by states that produce more waste than they can handle is to look for alternative overseas locations. “New markets that are taking plastic for reprocessing [from the UK] are in Eastern Europe and Southeast Asian countries such as Vietnam, Thailand and Malaysia. The result of these new markets has been an actual increase in the amount of plastic exported for reprocessing. Figures show that 28,354 tonnes of plastic waste were accepted or exported in January 2018, which is an increase on the amount exported for the same period last year,” says a report on the UK’s response from London-based consultancy Team Jump.

The economic rationale for richer countries to export their waste is pretty clear. “Only yesterday we sent seven containers back to the UK. There it costs GBP400 to eliminate a tonne of waste, while in Romania it costs €30-40,” Romanian Environment Minister Alexe told Libertatea.ro on March 3.

As part of the sorting process requires human input it can make sense to do it in a country where labour costs are lower. But there are also many unscrupulous waste exporters who see lower-income countries with less stringent or poorly enforced regulations as convenient dumping grounds.

Bulgaria and Romania are not the only eastern EU countries to find themselves at the centre of illegal waste disposal scandals. There have been a series of reports in the British press concerning household recycling sent to Poland and other countries where it is dumped illegally. Among them was one report of more than 220 tonnes of waste from the UK discovered in a warehouse in Bogaczew near Gdansk.

Elsewhere in the wider region, the head of Turkey’s rubbish pickers’ association, Recep Kahraman, said in 2019 that the country was becoming Europe’s “dumping ground” for plastic waste because of the vast volumes no longer accepted by China. Kahraman spoke out as figures reported by Turkey’s Sozcu daily revealed that the country’s monthly plastic waste imports had jumped from 4,000 tonnes in 2016 to 33,000 tonnes last year and currently stand at around 42,000 tonnes.

The question of waste imports is also a highly political one in Albania too, where MPs voted in 2016 to allow waste imports, raising fears that the country could become a dumping ground for toxic waste from richer countries. Albania barely has the infrastructure to handle its own waste; the country only got its first landfill site early this century (previously waste was just piled up and burnt or dumped in rivers, mountains or the sea), and its main urban waste recycling plant burned down in 2018.

Indeed, many of the destination countries in CEE and elsewhere struggle to handle their own waste, let alone that of other countries. According to the latest available data from Eurostat, less than 6% of domestically produced waste was recycled in Bulgaria and Romania as of 2016. While new capacity is being added, at the same time waste production is rising as the growth in consumption brings with it an increase in packaging waste.

Still, there are some efforts to build new recycling capacity in the region. Among these are Integra Plastics’ recycling plant for post-consumer plastic film — the flimsy packaging that is much less widely recycled than rigid plastic trays — in Bulgaria. Also in Bulgaria is the NADIN electronic waste processing factory for refrigerators and electronics, whose website says it is “most modern and largest factory for recycling discarded electrical and electronic equipment in Eastern Europe”. In February, Ecolux Recycling SEE reportedly announced plans to open a new factory in Pozarevac, Serbia that will produce recycled plastic granules.