Analysis: Theory Iran’s strikes on US Iraq bases were ‘for show’ firming up 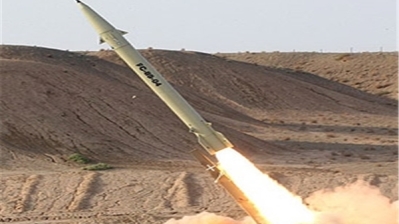 Iranian news agencies have been publishing endless pictures of missile launches and talking of 80 killed US soldiers since news of the attacks broke. This one was published by the semi-official Fars news service. / Fars News Agency.
By bne IntelliNews January 8, 2020

The theory that Iran went out of its way to avoid causing US casualties during its late January 7 missile strikes on military bases in Iraq has been boosted by a statement from Iraqi Prime Minister Adel Abdul Mahdi's spokesman that the PM received word from Tehran that its response to the US assassination of its top general was either imminent or under way.

Although Iranian officials have told the home audience via official and semi-official news agencies that 80 US personnel were killed and around 200 injured in the attack, no casualties have been reported by Washington or Baghdad despite 17 missiles fired from Iran raining down on Al-Asad airbase in Iraq’s Anbar province and five targeted at a base in the northern Iraqi city of Erbil around 01:30 local time. The bases house US troops. US President Donald Trump had warned Iran that a move to revenge the January 3 drone missile killing of Qasem Soleimani—who was Iran’s second most important official—might trigger a “disproportionate” US response.

“Shortly after midnight on Wednesday we received a verbal message from the Islamic Republic of Iran that the Iranian response to the assassination of the martyr Qasem Soleimani had started or was about to start,” Abdul Mahdi’s spokesman said.

It is unclear whether it was a tip-off from Abdul Mahdi that enabled the US and allies to get all military personnel out of harm’s way, such as by moving soldiers to shelters, or whether the commanders of the troops responded to early warning systems that detected the ballistic missiles. The latter scenario seems more likely, but the fact that Tehran contacted Abdul Mahdi in the way that it did shows that it was not counting with any big element of surprise.

Looking at whether the attacks on the bases were largely mounted by Iran for show, Richard Haass, president of the Council on Foreign Relations, tweeted: “My mother used to say a gentleman carried two handkerchiefs: 1 for show (in the breast pocket of his jacket) and 1 for blow, ie, use. I expect what we have seen is the Iranian retaliation for show. What is likely to come at some point are the deniable attacks meant to cause harm.”

The stated longer term and main goal of Iran’s reprisals is to kick US troops out of the region. A vote of MPs in the Iraqi parliament has already backed that proposition, calling on Iraq’s executive to ensure it happens, although Kurdish and Sunni lawmakers did not turn up for the resolution.

Another pressing concern for the US is that pro-Iran militias in Iraq may now pursue retribution of their own, given that Iraqi militia commander Abu Mahdi al-Muhandis died alongside Soleimani in the drone strike.

Iraqi militia leader Qais al-Khazali said on January 8 that now Iran has responded for Soleimani's death, Iraqi militias must respond for the death of al-Muhandis. The Iraqi retaliation should be "no less than the size of the Iranian response", he added.

Supreme Leader of Iran Ayatollah Ali Khamenei was extremely vocal after the hits on the bases in Iraq, which came just hours after the funeral of Soleimani in his home town. He said: “The US has caused war, division, sedition, destruction, and the demolition of infrastructures in this region. Of course they do this everywhere in the world. This region won’t accept the US presence. Governments elected by nations won’t accept the presence of the US.”

Tehran's leaders could now tell Iranians they have retaliated after Soleimani's death, but Iranian proxies could still "wage a relentless attack against the United States", warned Fawaz Gerges, professor of international relations at the London School of Economics.

"Make no mistake about it: this is the beginning of a very prolonged confrontation between Iran and its proxies and the United States and its allies," he told the BBC.

Both Iran and the US were "climbing down" from the confrontation, he added, but the coming days and weeks could be "extremely dangerous".

Iranian President Hassan Rouhani early on January 8 redoubled Iran’s warnings that the US forces would be removed from the Middle East, saying: "You cut off Soleimani's hand from his body, your feet will be cut off from the region." One of Soleimani’s hands was found severed from his body in the wreckage after the drone strike.

Many voices urging calm have called on the European powers to do more to defuse the crisis. However, the prospect of the UK aligning more with the US and less with Europe in foreign policy in relation to its upcoming Brexit means London could be out of step with Paris and Berlin on Iran and Middle East affairs.

At Prime Minister’s Questions on January 8 in the UK parliament, Jeremy Corbyn, the Labour opposition leader, said: “Isn’t the truth, Mr Speaker, that this Prime Minister [Boris Johnson] is unable to stand up to President Trump because he has hitched his wagon to a trade deal with the United States and that prioritises everything else that he ought to be considering?”

Johnson replied: “This is absolute fiction. But what I will say is that the UK will continue to work for de-escalation in the region.”