Will Ukraine suffer in darkness this winter? DTEK's Timchenko believes the energy sector can pull through with help from friends 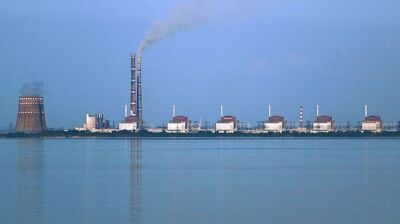 Russia’s extreme strikes on Ukraine’s energy infrastructure this week have caused international outrage and concerns that the war-torn country will suffer a cold and dark winter.

DTEK, Ukraine’s largest private investor in the energy sector, has been working hard to make sure that doesn’t happen. Nevertheless, the challenges are huge, particularly with Moscow’s intense focus on destroying as many facilities as possible.

Speaking from a bunker in Kyiv during an air raid alert, DTEK CEO Maksym Timchenko talked about the problems and obstacles that Ukraine is trying to overcome during a briefing on October 13. Hits over the last few days have damaged 30% of Ukraine’s energy facilities, leaving thousands of settlements without power whilst forcing Ukraine to stop electricity exports to the EU.

Three of DTEK’s power plants were struck, including Ukraine’s largest thermal power station (TPP), Burshtyn, which contains DTEK’s largest stock of coal. Although the company managed to partly restore operations of two plants, Burshtyn is still only operating at only 50-60%, with five out of 11 power units working. “I hope we can bring back the rest in two weeks' time,” he says.

Timchenko made it clear that Russia is not just targeting military objects but critical infrastructure too, beginning with the attack on the Luhansk Power Plant on February 26. The deliberate targeting of energy infrastructure as winter draws closer is designed to put external pressure on Ukraine and exert psychological pressure on citizens, who will soon face temperatures below freezing.

“The main target is generation facilities, mostly related to substations and switch gears, basically the equipment connecting power generation sources to the United Energy Grid of Ukraine,” Timchenko explained. “The idea is to destroy the power grid so that we cannot connect and keep operations under a united regime.”

With the connections destroyed and damaged, the results are rolling blackouts across the country. To minimise the damage to their clients, DTEK is working with the electricity transmission system operator Ukrenergo. During blackouts on October 10, the company developed a schedule to inform their employees when electricity would be switched off, depending on the deficit of the capacity.

The situation improved later in the week; however, an attack on a substation on the morning of October 13 posed as a reminder that the situation is increasingly precarious. In some instances, DTEK has lost more than just infrastructure, with a total of three engineers killed in attacks and hundreds of employees injured.

With an increasing number of attacks from the air, particularly from drones, DTEK is protecting its facilities by building concrete blocks around major equipment that connects the stations to the grid. However, this is not always effective, and the company lost a transformer recently after a drone strike. Instead, Timchenko believes air defence is the best solution and is in co-ordination with Ukraine’s armed forces.

“We are working closely with armed forces and air defence units and bringing to their attention these attacks,” he said, explaining that DTEK is telling the army what specific equipment and what areas are being targeted.

“It can be done easily to bring some equipment to the power station to destroy drones when they approach,” he added.

Minister of Energy Herman Halushchenko also called for more air defence from allies earlier this week. In response, the US announced it will speed up the deliveries of two National Advanced Surface-to-Air Missile Systems (NASAMS), while Germany sent the IRIS-T defence system, with three more promised in the near future.

DTEK is attempting to repair the damages imposed on its plants and has a team of eager workers, but is struggling with procuring crucial equipment that connects the plants to the grid. In particular, DTEK needs transformers and switch gears; expensive but vital equipment which Russia is targeting.

“​​Finding transformers is challenging,” Timchenko explains. “We request from our partners and suppliers this equipment. Also we try to contact the companies operating thermal power stations from the past who can have spare equipment.”

However, for Timchenko, the major challenge is de-occupying the Zaporizhzhia Nuclear Power Plant (ZNPP) that Russian troops captured in early March, escalating fears of a nuclear disaster. Despite calls from the International Atomic Energy Agency (IAEA) for Russia to leave the plant after an inspection found “the presence of Russian military personnel, vehicles and equipment” onsite, Moscow has refused.

With Ukraine’s largest NPP out of Kyiv’s control, DTEK had to compensate by increasing the capacity of other plants by 20%, particularly TPPs, resulting in a depletion of coal supply. Although DTEK accumulated a large amount of coal for the year, stock is running out fast, with 300,000 tonnes burned in one month. Currently, the organisation has 1.2mn tonnes of coal and has developed supply routes through Romania, Poland and Moldova to import 50-80,000 tonnes a month if required.

Nevertheless, Timchenko believes Ukraine “can cope with the current situation in terms of coal supply” but needs a mixture of gas and coal to replace the ZNPP fully. He puts the gas requirements at 2-2.5bn cubic metres, which Kyiv is currently discussing obtaining from the USA or the EU.

“Mixing coal and gas allows us to have enough generational capacity for the winter season,” he stated.

The CEO is also optimistic that Ukraine will not need to rely on EU electricity imports, although acknowledges that this could change if further serious attacks take place. If that is the case, Ukraine has discussed expanding its capacity to import up to 1,000 MW from the Bloc. However, issues lie in connecting Ukraine’s different regions as well as restoring infrastructure in newly liberated territories.

“Today we have enough generational capacity in Ukraine. The problem is bringing this capacity from one region to another,” he said.

“We need to restore supply in occupied territories, like Lyman,” he also claimed, mentioning that DTEK has enough resources and people and is making steady progress.

However, the same optimism doesn’t spread to restarting Ukrainian electricity exports to Europe. Without control of the ZNPP, Ukraine will have to retain its electricity for domestic use, potentially losing out on millions of euros in profit.

“Unless we connect the ZNPP back to the grid, we don’t see how Ukraine could re-export to the EU,” Timchenko said.

Ukraine began exporting electricity to the EU on June 30 after unhooking from the Russian grid the day before the war and synchronising with the European grid a couple of weeks later. It has the potential to export 1,000 MW if the ZNPP returns to Ukraine’s control.

Although the IAEA mission in September triggered some hope that Russia will leave the plant, their blatant rejection of the agency’s orders, as well as the EU’s, has deflated expectations. The head of the IAEA, Rafael Grossi, met with Ukrainian President Volodymyr Zelenskiy on October 13, but Timchenko doesn’t think this will result in much.

“Russians will not allow us to get any power from this station as long as they stay (...) We need to deoccupy this place and then we can think,” he said.