What can we expect from Lukashenko’s escalated war rhetoric? 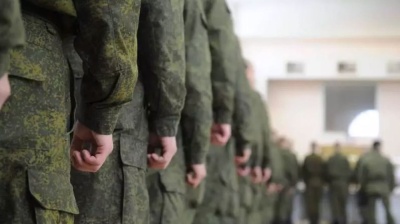 Belarusian soldiers lining up, but to go where? / https://twitter.com/MotolkoHelp
By bne IntelliNews October 16, 2022

On Thursday, Lukashenko declared a state of “counter-terrorism operation” in Belarus. He came to this conclusion after his meetings with Belarus’ intelligence authorities last week, where he claims to have received information that neighbouring Nato countries were planning “provocations” and that Ukraine was even planning an invasion of Belarus. The state of counter-terrorism operation broadens the Belarusian security forces’ authority to increase detentions, the barring of movement around the country as well as wiretapping.

Two things mostly caught the eyes of Western analysts and diplomats: 1. Lukashenko’s announcement of deploying a joint military “grouping” along with Russian forces on the Ukraine-Belarusian border. 2. The report from independent Belarusian media outlet Nasha Niva that Lukashenko is planning a covert mobilisation, citing anonymous sources.

As of yet, there are no real signs of this military grouping actually forming. Belarusian activists have not recorded military activity of the same scale as that conducted in January-February this year, when Russia launched its full-scale invasion of Ukraine partly from Belarusian territory.

Currently, Ukraine claims that there are up to 1,000 permanently stationed Russian soldiers in Belarus along with six attack aircraft, four Iskander operational tactical missile systems and twelve S-400 air defence systems; certainly not enough for an invasion. Belarusian partisans have reported that about 800 Russian soldiers are being prepared to arrive for training in Belarus next week.

On the other hand, a member of Belarus’ government-in-exile, Pavel Latushko, is warning that between 25,000-100,000 Russian troops could be sent to Ukraine, although there are no indications of such a large force being prepared as of yet.

According to Lukashenko, the basis of the military grouping would be the Belarusian army, but Belarusian and Western analysts doubt that this force could constitute a significant threat to Ukraine. Totalling just around 48,000, the Belarusian army is among the smallest among the CIS countries. The Belarusian army also has few modern weapons, for example, it has fewer Polonez missiles than the Azerbaijani military, which has been purchasing weapons from all over the world in recent years.

Furthermore, ammunition and some military hardware has been continuously transported to Russia since spring. These transports were recently intensified, with local Belarusian activists reporting the movement of more tanks and ammunition from Belarus to Russia. However, as analysts have previously pointed out, such a move lessens the chance that the Belarusian army is preparing to join the war itself, since it is decreasing its available military hardware in storage. Russia is currently sending Iranian-made Shahed drones en masse to Belarus, probably indicating a future increase in airstrikes against Ukraine’s northern regions from Belarusian territory.

Independent Russian news outlet Meduza lists four possible scenarios for what could be behind Lukashenko’s statement about a joint military grouping:

Among these, Meduza views the fourth possibility as the least likely, since Russia would need a very large strike force and is likely to have learned from its mistake from this spring when it bogged down in the swampy Pripyat region and was unable to establish supply routes. Options one and two appear more probable and also appear similar to previous scares earlier this year from Lukashenko. Their reasoning resonates with the analysis made by the independent Belarusian military monitoring project Belarusian Hajun, which released a similar assessment two weeks ago.

The third option is also possible. If Putin is seriously considering using tactical nuclear weapons in Ukraine, the Kremlin knows that the situation could significantly deteriorate by leading to Nato involvement. A former Belarusian diplomat believes that Lukashenko could be preparing his army just in case the situation escalated; because if the Kremlin really forced him to participate, he couldn’t withhold his military support even if he wanted to.

While Nasha Niva has reported that Lukashenko has decided to conduct a “covert mobilisation,” this information still remains unconfirmed, with many exiled Belarusian politicians and analysts still believing that mobilisation to invade Ukraine would be political suicide for Lukashenko; instead, some believe that the recent announcements are a bluff to draw away Ukrainian troops from their counter-offensives.

Belarusian authorities keep emphasising that there is no mobilisation, and during the past three weeks there have been repeated statements that it won’t happen, the last time being yesterday.

While Ukraine is terminating more and more economic co-operation with Belarus, it won’t shut its door on Belarusians. President Zelenskiy’s advisor Arestovych recently spoke out about his support for Belarusians struggling under domestic political repressions, and Ukraine’s ambassador to Belarus thinks the recent proposal to cancel visa-free travel for Belarusians to Ukraine is a bad idea.

Thus Ukraine's leadership has not turned its backs on the Belarusian people, and is likely have a wide network of contacts both themselves and through domestic Belarusian opposition organisations that can give accurate information on military movements. Furthermore, Ukraine still holds a lot of good-will with the Belarusian population, who have not begun to hate Ukraine despite the increased propaganda against the Ukrainian Armed Forces.

At the recent G7 meeting, Zelenskiy proposed the sending of an international observation mission to the Ukraine-Belarus border and Ukraine has been worried about a renewed Russian invasion from the Belarusian direction since Lukashenko and Putin had their meeting in Sochi between the 26-27 September.

However, Serhii Naiev, the Commander of the Joint Forces of the Armed Forces of Ukraine, emphasised yesterday that the situation in “Ukraine’s north” is fully under control. According to Naiev, Ukraine is keeping close tabs on Russian and Belarusian military movements in Belarus and makes its threat assessments based on the number of troops, their composition and combat potential amassed in Belarus. At the moment, Naiev believes that Ukraine is ready for an attack from Belarus.

Foreign investment has transformed Eastern Europe, says wiiw report
7 hours ago
Will Croatia’s latest shot at World Cup glory ease economic slowdown?
1 day ago
Belarus’ government to expand political-economic control at the expense of economic growth
1 day ago
Sino-Russian ties continue to deepen as Western sanctions drive their economies together
2 days ago
War and wine: how rattled economies in Ukraine and Russia are pushing Georgian winemakers to pivot to new markets
2 days ago