Volkswagen reportedly decides after all to build plant in Turkey 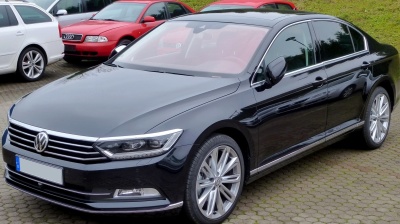 Volkswagen has finally made a decision on the location for a new auto production plant it is to build outside Germany and it has picked Turkey, German state media outlet ARD reported.

The factory will be established in the western Turkish province of Manisa, it added, citing German government officials.

Earlier reports suggested Turkey and Bulgaria were the potential candidates for the VW investment with the German giant dropping Turkey because the Erdogan administration did not accept conditions Volkswagen put forward. The latest report suggests that the Turkish government accepted all VW’s demands but did not say what those were.

According to ARD, VW finally decided to build the factory in Turkey because of the size of the local auto market, even though labour costs are much lower in Bulgaria.

VW calculates that it could sell as many as 40,000 Passat model units annually in Turkey. The carmaker also took into account the fact that the Passat limousine version is highly popular among Turkish officials and the government might buy this model in considerable quantities for official use, ARD said.

If VW officially announces the Turkey investment, the Ankara government will boast that the decision represents foreign investors’ maintaining confidence in the Turkish economy, despite its present travails.

The agreement for VW’s Turkish plant will be inked in September or October this year, ARD said.

The European Bank for Reconstruction and Development (EBRD) has announced that it is investing $40mn in a $500mn eurobond issued by Turkey’s Anadolu Efes Biracilik ve Malt ... more

With gross domestic product (GDP) growth of 5.5% expected in 2021 and 4% in 2022, Turkey’s economic recovery is gathering pace following the COVID-19 pandemic, the European Bank for ... more