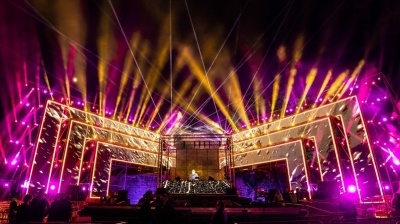 The organisers of Serbia’s Exit summer musical festival announced on May 13 that it is offering ticket sales with Bitcoin. Exit is believed to be the first major festival in the world to accept cryprocurrency.

Exit Festival will take place from July 8 to July 11 in in the Petrovaradin Fortress in the northern Serbian city of Novi Sad. This year, Exit celebrates its 20th anniversary.

“The potential of blockchain, digital exchange and currency is exciting and we wanted to make sure we are at the forefront and are utilising new technologies and able to engage with our tech savvy audience as technology evolves and changes,” Exit festival CEO and founder Dusan Kovacevic said in the statement.

Visitors can also purchase camping tickets and lockers in exchange for Bitcoins via Exit’s central webshops.

They will then receive a QR code to scan with their Bitcoin app and once the payment has been transferred, it will be confirmed by the Bitcoin network, and the customer will receive their tickets.

The festival was founded in 2000 in Novi Sad as a student movement, fighting for democracy and freedom in Serbia and the Balkans.