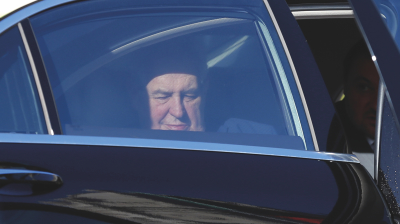 Czechs will go to the polls on January 12-13 to directly elect their president, in a contest that could transform the country’s battered international image.

The election is essentially a vote on whether to re-elect the populist, pro-Russian and Islamophobic President Milos Zeman, who is standing for a second and final term, or one of his centrist and rightwing challengers, some of whom hark back fondly to the country’s great first post-1989 president, dissident playwright Vaclav Havel.

The election has also become entwined with the country’s ongoing political stalemate, with Zeman strongly backing populist billionaire Andrej Babis’ attempts to form a government after winning October’s general election. Babis repaid the favour on January 11 by making the widely expected announcement that he would support Zeman in the election, adding his backing to that of the leaders of the hardline Communist and the far right Freedom and Direct Democracy parties.

“I see him as a strong personality which is polarising society, but mainly as someone who does not steal, who has results, who keeps his word... and unlike other politicians, he does not live from politics, he lives for politics,” Babis told a news conference. “He is a man who fights for our national interests, he is not afraid to clearly state his opinion on Brussels, (migration) quotas, he fights for the interests of our entrepreneurs.”

Many of Zeman’s eight challengers have taken a much more guarded view on Babis because of the fraud charges that hang over the agro-chemicals tycoon and have prevented him winning the backing of any mainstream parties.

Zeman – a former Social Democrat prime minister who now shares platforms with neo-fascists– faces a strong challenge from Jiri Drahos, a former president of the Czech Academy of Sciences who has become the clear second-placed candidate, ahead of Michal Horacek, a businessman and music producer.

Opinion polls indicate that Zeman will easily win the first round this weekend but will be beaten by Drahos in the run-off on January 26-27 (the only one of the candidates who would beat the incumbent president). The final poll published by Czech Television on January 8 reported that in the first round Zeman would receive 42.5% against Drahos’ 27.5%, but in the run-off Zeman’s vote would only rise to 44%, while Drahos would take 48.5%.

Zeman, 73, has refused to take part in television debates or even to conduct a vigorous campaign, partly because of serious health problems, but also as part of a strategy to differentiate himself from the crowd of little-known and rather colourless rival candidates. He has also been outspent by Drahos and Horacek, according to campaign expense submissions.

But he has still managed to dominate the election because of his key role in the current political crisis. This plays to his strengths as one of the country’s most important and brilliant politicians of the past quarter of a century. Among his rivals only former premier Mirek Topolanek has any significant political experience, but he is better known for the ignominios collapse of his government during the Czech EU presidency, for being photographed naked at former Italian premier Silvio Berlusconi's villa, and the jailing of his close aide for bribery.

Zeman has been preparing for this campaign ever since he was elected with 55% of the vote in 2013, in a bitter run-off against the centre-right former foreign minister Karel Schwartzenberg. Over the past five years he has conducted a permanent low-key campaign, constantly touring around towns in the regions, rubbing shoulders with his older, poorer and less well-educated voters, and heaping scorn on the Prague-based liberal elite.

Many of his voters feel they have missed out on the huge improvement in living standards since the collapse of Communism and some remain nostalgic for the security and camaraderie of that era.

In a classic populist pitch, Zeman has tried to widen this national divide, which the hard drinking, smoking and swearing political bruiser has memorably described as one between the Ceska hospoda (Czech pub) and the Prazska kavarna (Prague café).

The main issue he has used to do this is migration. He blames Islamic culture directly for terrorism and crime and says that the refugee wave Europe has faced is an “organised invasion” and a Muslim Brotherhood plot.  He claims integrating Muslim migrants is “practically impossible”.

So successful has he been that opinion polls show Czechs now rank refugees and terrorism (seen as linked) as the most important challenges facing the country, even though Czechia has refused to accept refugees under the EU relocation scheme and the nation has never suffered a terrorist attack.

However, Zeman's intemperate language against Islam has brought him international notoriety, as has his backing for Russian President Vladimir Putin. He sees Putin (and likewise US President Donald Trump) as a strong leader prepared to take a stand against Islamist terrorism. Like many of his Czech supporters, he also has lingering sympathies for Russia as a fellow Slav nation, even if this was tarnished by the 1968 Russian invasion that destroyed Czechslovakia’s experiment of “Socialism with a human face”.

Zeman has regularly visited Russia and attended Russian-sponsored events despite Western sanctions. He has pleased his hosts by criticising sanctions and downplaying Russian incursions into Ukraine and its seizure of Crimea. There have also long been rumours that his election publicity campaigns are financed with Russian money –  through his close aide Martin Nejedly, a former head of LukOil’s Czech subsidiary – though no convincing proof has yet emerged.

If Zeman wins, he is likely to double down on his crusade against Islam and his backing for Putin, so long as his health holds out. He may even try to play a bigger foreign policy role, by perhaps demanding that Babis lets him choose the new foreign minister as a condition for allowing him to stay in power as a minority government without a mandate from parliament. Zeman is also likely to push the case for Russia’s Rosatom to build new nuclear reactors at Dukovany, a huge planned investment project.

By contrast if Drahos, 68, were to defeat Zeman, this could help transform the Czech international image, though the former chemist is likely to take a very low profile, rather than strike out in a new direction. Foreign policy would anyway continue to be directed by the government, which under Babis would remain hostile to migrants and ambivalent about sanctions on Russia.

Drahos would also not make it as easy as Zeman has for Babis to rule without a majority in parliament. But as a political neophyte he is unlikely to play such an important role in creating the government either, if the political scene is still deadlocked by the time the new president takes office in March.

Drahos has given mixed signals about Babis, sometimes describing him as a traditional politician, at other times worrying about the EU subsidy fraud charges that still hang over him.

In fact he has failed to take a strong stance on anything, in the hope that just being the anti-Zeman will be enough. This may well be enough for the Prazska kavarna, but it is unlikely to play so well in the village pubs.