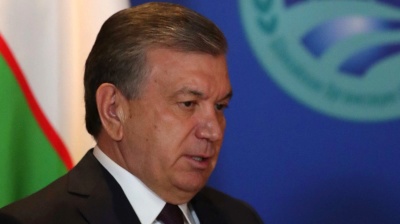 Uzbekistan plans to invest $12.1bn in developing its aging petrochemical industry over a 10-year period. Its strategy includes selling off government stakes in a number of enterprises, according to according to a decree from reform-minded Uzbek President Shavkat Mirziyoyev published last week.

The programme, spanning 2019-2030, will include 31 projects, including the expansion of existing facilities and construction of new ones for the production of phosphate, nitrogen, potash and complex mineral fertilisers.

The funding is envisaged as including foreign direct investment and loans worth $1.7bn. The government intends to also involve foreign companies and “advanced technologies” in order to produce new polymer products such as polyvinyl chloride (PVC), synthetic rubber, polyethylene terephthalate, polystyrene and polyurethane.

The petrochemical industry features among “high potential” sectors that it is forecast will help support Uzbekistan’s economic growth in upcoming years, according to international observers such as the Asian Development Bank.

The state’s shares in some petrochemical enterprises will be sold directly to investors under the condition that they accept investment and social obligations. Other companies will be sold via auctions.

Aside from increasing the share of private ownership in the sector, the decree also aims to introduce modern corporate governance and international financial reporting standards. It also outlines how companies’ management structures should be improved.

Ukraine's largest online retailer Rozetka has announced the expansion of its delivery points in the Uzbek capital after two months of commissioning. Vladislav Chechetkin, co-founder of the online ... more