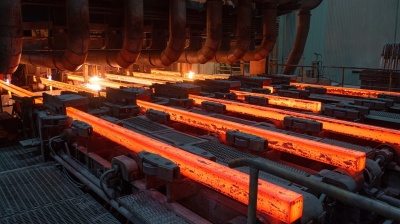 In an interview with Russia24, Russian billionaire Alisher Usmanov spoke about the likely significant impact of “green technologies” throughout Europe, particularly on the metals industry.

Usmanov, whose USM owns a 49% stake of steelmaker Metalloinvest, recognised that “Blast furnaces and converters will gradually be faded out, and electric metallurgy will increase.”

The steel industry is responsible for 7-9% of the world’s direct fossil fuel emissions, according to the World Steel Association. But with alternatives using renewable energy, clean hydrogen and carbon capture seeing successful pilots around the world, green steelmaking is set to become a big disruptor once the technology is sufficiently developed and economies of scale allow for cheaper mass production using these methods. Swedish steel manufacturer SSAB made history in August this year with the world’s first delivery of zero-carbon steel.

Usmanov went on to say that MetalloInvest builds a new facility for the production of HBI every three to four years as demand increases. “This will give us 10mn tonnes [of HBI] per year. We see these facilities as cornerstones for the provision of clean European steel,” he added.

“We see this as the big task for MetalloInvest at the moment,” Usmanov said. “We’re also helping German business find another sustainable development solution, as they say nowadays, in the form of co-operation with Russian mining and metallurgical companies.”