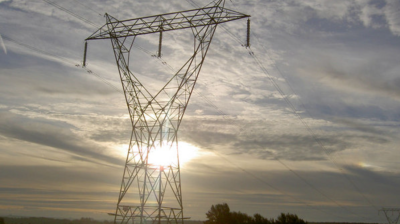 The Kremlin might prefer to see the ice man cometh sooner rather than later, but for now Europe is enjoying plenty of autumn sunshine. / Steve F., cc-by-sa 2.0
By bne IntelIiNews October 25, 2022

An unusually warm end to October looks set to boost Europe in its attempts at conserving gas stocks in the face of Vladimir Putin’s energy squeeze.

Temperatures in Paris, for instance, are forecast to reach a summery 25 Celsius (77 Fahrenheit) on October 27, according to forecaster Maxar Technologies Inc, as cited by Bloomberg. Other major cities, including London, Frankfurt and Madrid are also expected to be much warmer than normal for this time of year, when Europe usually expects to be well into its heating season.

The longer Europe can avoid winter weather and the onset of heavy fuel consumption as Europeans heat their homes, the more Russia’s war effort, on the economic front, will be undermined.

Supplies of gas and power to Europe from Russia have dwindled, with Putin apparently intent on exposing Europeans to heating energy shortages as one cost of their political masters’ sanctions and weapons-driven opposition to his war in Ukraine. Several nations in Europe, meanwhile, are suffering from lower-than-normal nuclear output, with France’s nuclear industry hampered by strikes.

The unseasonably warm autumn has helped Europe build up high winter gas storage levels. The Europeans had managed to fill their gas storage facilities to close to 95% of capacity, bne intelliNews reported on October 20.

“Widespread warmer-than-normal temperatures are forecast for the continent,” Maxar said in a daily report. Temperatures range from much-above average to strongly above, it said.

Meteo France, France’s national weather service, earlier this month forecast that the country on average will remain warmer-than-normal through December. And scientists at the Copernicus Climate Change Service said European temperatures probably will be significantly above normal during the peak heating season between December and February, Bloomberg reported.

A total of 27.4 heating-degree days are predicted for October 29 to November 2, well below the 10-year average of 44.1 days, according to Maxar. The indicator gauges energy demand. Higher numbers reflect more cold and more fuel being burned for heating.

By mid-October, Russian gas supply to Europe this year was under 20% of the level recorded in 2021.

In the battle to match energy supply with demand during the winter months, it is important to note how not only would a cold winter increase the need for heating, a low-precipitation winter would result in low hydroelectric power generation, and a still winter would lead to less wind power output.

The upside for Russian natural gas supply to Europe is very limited, as the suspected sabotaging of the Nord Stream 1  and 2 pipelines that run from Russia to Germany means that at least three of the four pipeline strings will be out of service for months, if not longer.

There is a potential further downside for Russian gas. Moscow could cut off deliveries to Europe entirely to apply further geopolitical pressure. Or a fresh dispute between Ukraine and Russia over transit payments could heat up. With Nord Stream offline, and the Yamal-Europe pipeline rendered inoperable by sanctions, the Ukrainian transit system and the smaller TurkStream are the only routes left for Russian gas. If TurkStream were left open, which seems likely, Europe would be left with less than 10% of the gas that it received from Russia last year.

Meanwhile, there are limited prospects for increased supply from North Africa in the near future, and only small incremental volumes potentially available from Azerbaijan and Norway. The giant Groningen field in the Netherlands could provide as much as 15-20bn cubic metres per year of gas, but so far the Dutch government has ruled out ramping up production because of the risk of causing earthquakes.