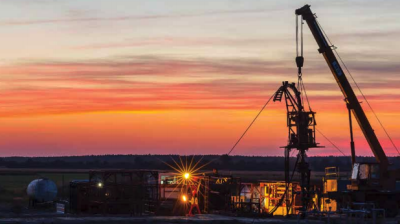 Ukraine’s national gas company Naftogaz released its 2018 annual report that announced UAH11.6bn ($443mn) in profits and showed that the company’s tax and dividend payments account for 19% of Ukraine’s government income, making it the biggest tax payer in the country, the company said in a press release on June 27.

“It is the third year running that Naftogaz group has remained the largest net revenue source for the Ukrainian national budget. In 2018, the companies consolidated within Naftogaz group contributed UAH138.6bn ($5bn) to the state budget, having accounted for nearly 19% of the Ukrainian budget revenues (UAH110.0bn and 15% in 2017, respectively),” the company said in a press release.

The payments include UAH29.5bn paid as Naftogaz dividends as a 100% state-owned company, up from the UAH13.3bn the company paid as dividends in 2017.

In comments on the results, Naftogaz said the Stockholm arbitration decisions in its fight with Russia’s state-owned gas giant Gazprom had materially influenced results for 2017 and 2018.

“The group’s net income has decreased by UAH27.9bn compared to 2017, mostly due to the effects of reflecting the Stockholm arbitration decisions in both 2017 and 2018,” Naftogaz said.

In 2017, Naftogaz recognized UAH12.6bn of net positive effect of the Stockholm arbitration decisions on the group’s operating income. In March 2018, Naftogaz recognised expenses of UAH4.8bn related to the additional VAT paid by the group in relation to the awards.

The transit contract arbitration award resulted in UAH43.9bn inflows (including dividends, profit tax and related VAT) from Naftogaz to the state budget of Ukraine in 2018.

“In addition to the one-off effects of the arbitration awards, the following factors have influenced the group’s results for 2018. The allowance for impairment of receivables increased by UAH7.0bn compared to 2017 due to a weaker collection of payments for balancing services. The group has also recognised expenses amounting to UAH10.6bn related to the adoption of the IFRS 9 standard and to creation of a litigation reserve,” Naftogaz said.

Naftogaz said that reforms that have transformed its organisation are the key to the rising profits and dividends and will “unlock the group’s potential” following the unbundling of the gas transmission function.

“Following the completion of two major arbitration processes in 2018, Naftogaz has started an organisational transformation. Within this process, the key business areas of the group will be reorganised into functional divisions focusing on gas, oil, technical enabling, transmission and storage activities,” Naftogaz said. “This transformation aims to enable the company to increase its operating efficiency, speed up decision making, improve the ability to adapt to the changing environment. These changes should increase the value the group creates for its shareholders – the people of Ukraine.”

The transformation will impact all areas of the company’s business, according to Naftogaz. It will support a number of strategic initiatives, which include: expedient and quality unbundling of the gas transmission system operator; economically justified investments in boosting gas production; gas market liberalisation and expansion in the retail gas market; increasing return on invested capital. Naftogaz’ transformation will continue through a number of the coming years.

The full report is available in Ukrainian and English at the group’s website.