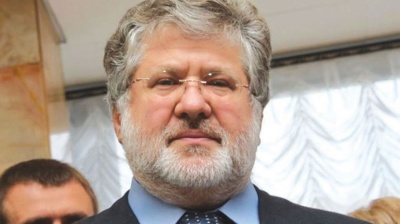 Ukraine’s Prosecutor General's Office (PGO) has identified a long list of yachts, Picasso paintings, mansions, factories and other assets worth a total of $5.5bn that were bought with the $5.5bn looted from the country’s largest bank Privatbank that was nationalised in November 2016.

The details were unearthed by a forensic audit carried out by investigators Kroll, but the difficulty now is to prove who owns all these assets, as without identifying the beneficial owner the courts can’t act to return them to the Ukrainian state, Prosecutor General Yuriy Lutsenko told the Kyiv-based Interfax-Ukraine news service on November 5.

The government nationalised Privatbank in December 2016 after it failed to fulfil a three-year recapitalisation plan. When the NBU checked the books it found that 98% of the loans the bank had made were related party transactions allegedly to companies controlled by the former owners, Ukraine’s uber-oligarch Ihor Kolomoisky and his partner Hennadiy Bogolyubov.

Former NBU governor Valeriya Gontareva, who oversaw the closure of PrivatBank, threatened the shareholders with criminal charges if they didn't return at least some of assets and former finance minister Oleksandr Danylyuk repeated the promise in an interview with bne IntelliNews the following year. Both politicians have since been ousted from their jobs, and so far progress towards recovering the stolen funds has been slow.

However, the authorities stuck their first major blow against the former owners of Privatbank in December last year when a London court froze $2.5bn worth of the oligarchs' worldwide assets in decision in the Ukrainian authorities’ favour. Kolomoisky and Bogolyubov challenged the applicability of jurisdiction of the High Court of Justice in London in considering the case concerning Ukrainian assets in July this year and the case is still being heard.

The NBU launched legal proceedings in both Switzerland and Ukraine against Kolomoisky in June, according to the regulator's statement e-mailed to bne IntelliNews on June 11.

"Both cases concern the enforcement of Kolomoisky's personal sureties given in 2016, in favour of the NBU, to guarantee repayment of the liquidity support loans extended between 2008 and 2015 by the NBU to PrivatBank," the statement reads. In total, these claims seek to recover nearly UAH10bn ($384mn) due under five loan agreements.

In another case a Ukrainian regional court refused to act against Kolomoisky on the grounds that its jurisdiction “doesn't extend to Switzerland,” where Kolomoisky lives.

The PGO’s list represents a step forward as now the use of the stolen money has been clearly identified and the link to the funds withdrawn from PrivatBank established, Lutsenko said. Kroll has managed to track down much of the missing $5.5bn.

"Currently we have the news that we have established huge assets of $5.5bn, those at the end of the scheme, from yachts and Picasso's paintings to factories and real estate. This is the progress now," Lutsenko said.

But Lutsenko added that to recover the specified assets, it is necessary to establish their ultimate beneficiary owner with a document that can be used in a court of law. He noted that “the statements of Kroll after the forensic audit have no legal force.”

"The Kroll study showed how some companies used 30-40 accounts in Cyprus and transferred the funds in one day and out the next to bring them to the "third wave" — a kind of offshore company that acquired certain assets. Now it is known what assets they are and this is similar to money laundering — Article 209 of the Criminal Code. But now the court needs a specific document certifying who is the beneficiary of this property. If these are really the ex-owners of PrivatBank, then we will be able to seize them through the Ukrainian court and the courts of other jurisdictions – there are many countries there, including the United States, Luxembourg, Austria, Spain, Cyprus," he said reports Interfax.

The PGO is now working on confirming the identity of the beneficiary owners of the assets.