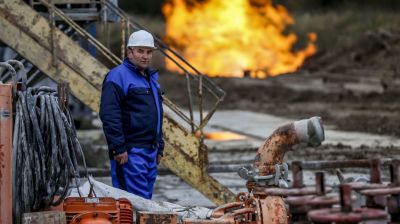 Naftogaz announced emergency measures, calling on Ukrainians to turn down the thermostat,
By Ben Aris in Berlin March 5, 2018

Fears that Russia would stop sending transit gas to its European customers via Ukraine were not borne out over the weekend despite Russian state own gas monopolist Gazprom's announcement that it was going to break its contracts with its Ukrainian counter party Naftogaz on March 2.

Naftogaz immediately announced emergency measures, calling on Ukrainians to turn down the thermostat, switching some heat plants to heavy fuel oil and calling on its European friends to increase reverse gas flows. Naftogaz said that it needed to reduce consumption of gas by 5%-10% to avoid shortages, but after the population rallied to its calls demand actually fell by 14%, according to the company.

The latest outbreak of a gas war between Gazprom and Ukraine follows on from a decision last week by the Stockholm arbitration court that ordered Gazprom to pay Naftogaz $2.56bn in compensation in a long running row over supplies and transit fees and reduced the contractual supplies of gas by Gazprom to 5bn cubic meters (bcm) from 2018.

Gazprom’s CEO Alexei Miller reacted angrily claiming the court was “guided by double standards” and asked why “Ukraine's economic problems are solved at our expense” after the court handed down decisions on both the price and the volume of gas Gazprom should sell to Ukraine. Gazprom says it has applied to the court to end the contract, which expires on December 31, 2019. Naftogaz countered that the contract does not allow for a unilateral termination by one of the parties.

The upshot of the row was Gazprom failed to restart deliveries of gas on March 1 after a nearly three-year hiatus and returned the money Ukraine had pre-paid for that gas. Gazprom said that the renewed gas deliveries were not covered by the existing contract and it would not deliver any gas to Ukraine until a new agreement was drawn up.

Naftogaz claimed the failure to restart deliveries, as per an earlier ruling by the Stockholm court in January, was in breach of the court rulings and also negates “take-or-pay” clauses that remain in the contract.

“In this situation, the continuation of the contracts’ validity is not economically feasible and unprofitable for Gazprom," Miller said, as cited by Tass.

“Gazprom had to immediately start the procedure of the termination of the contracts with Naftogaz on gas supplies and transit at the Stockholm arbitration court,” Miller said in a statement.

The case is likely to now go back to the Stockholm court for more rulings that could take months if not longer.

The transit contract of Gazprom does not imply an immediate termination of transit when the agreement is broken. In particular, Article 8.2 of the contract explicitly states if the parties dispute delivery deals they have to apply to the Stockholm Arbitration. "If the parties fail to reach a mutually acceptable solution within 30 days of the occurrence of any dispute or disagreement, any dispute, disagreement or claim in connection with this contract or its violation, termination or invalidity will be finally settled by arbitration in accordance with the regulations of the Arbitration Institute of the Stockholm Chamber of Commerce, "the text of the agreement says, reports RBC.

The European Union (EU) has been panicked by the prospect of yet another gas war between the two rivals that will leave it freezing again in the midst of winter. Gas wars between Ukraine and Russia always come in winters and the EU has had to deal with previous crises in the winters of 2005-2006 and 2008-2009. Gazprom’s deliveries to Europe has been rising steadily and set a new all-time record in 2017 of 194bcm.

“For what it's worth, I am 100% certain Gazprom will not cut gas supplies to Europe. It would be pure suicide. But there'll be more arbitration and more conflict with Ukraine: They cannot be business partners, it would be too schizophrenic,” columnist Bloomberg Leonid Bershidsky said on twitter, summing up a widely held view.

The EU was fast to react to gas supplies being turned off just as the Continent faces a cold snap dubbed “the beast from the east”. Brussels rushed out a statement calling for calm and offering to be peacemaker. “The commission stands ready to steer a trilateral process which in the past has already proven to be effective in situations of disagreement,” European Union Commission Vice President Maros Sefcovic said in a statement.

Gazprom is keen to limit the damage to its reputation as a reliable supplier of energy and reassured Brussels that it would maintain its deliveries of transit gas to Europe while it works out its row with Kyiv.

Naftogaz said gas transits had been unaffected: it transmitted 522mn cubic meters of Russian gas to European Union countries and Moldova. At the same time, Gazprom didn’t deliver to Naftogaz 18mn cubic meters of gas for which the company had made a prepayment, the Kyiv Post reports. However, Ukraine has enough gas to meet its needs for the meantime.

Poroshenko said during a meeting with the management of Ukrainian gas transmission operator Ukrtransgaz on March 3. “We have increased gas supplies from the EU: from Poland, Slovakia, and Hungary. As of now, the entire deficit is completely covered,” Poroshenko said.

To save fuel, Minister of Energy Ihor Nasalyk recommended that schools and universities close until March 6 and heat generating companies temporarily switched to mazut, a low-quality fuel oil. He told the Rada on March 2 that Ukraine needs to save 15-20mn cubic meters of gas a day.

For their part the Ukrainian population rallied to Naftogaz’s flag. A poll that asked “Are you prepared to cut your gas use to counter Gazprom’s theats?” 86% said yes. Gas consumption fell by 14% on the day.

Saakashvili’s return: more shrewd than it seemed?
3 minutes ago
Czech PM to allow opposition coalitions to form new government
7 hours ago
Hungarian opposition voters pick Marki-Zay to challenge Orban in 2022 elections
8 hours ago
Efforts to deploy US counterterrorism forces in Uzbekistan may not be over
2 days ago
Turkmen petrochemical plants ‘channelling exports via obscure UK firms tied to president’s nephews’
3 days ago