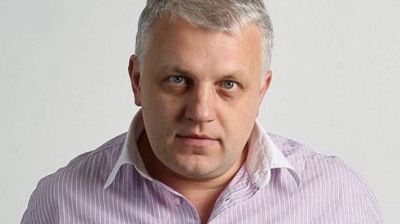 Five suspects have been named in connection with the murder of journalist Pavel Sheremet who was killed by car bomb in 2016
By bne IntelliNews December 13, 2019

The Ukrainian police identified five people, who are "justifiably" suspected of involvement in the high profile and as yet unsolved murder of journalist Pavel Sheremet by car bomb in 2016.

Specifically, the police named on December 12 military nurse Yana Duhar, volunteer Yulia Kuzmenko, musician and veteran Andriy Antonenko and spouses Vladyslav and Ina Hryshchenko. All these people are former participants of the anti-Russian military operations in Donbas, according to the head of the criminal police Yevhen Koval.

The suspects were identified "by conducting investigative and search measures and further documenting the group's members", Koval added.

Prominent Belarus-born journalist Pavel Sheremet died in a car bomb explosion in Kyiv in July 2016. The explosion occurred at 7.45 am while Sheremet was driving in the centre of the Ukrainian capital in a car belonging to the founding editor of Ukrainska Pravda, Olena Prytula, who was not in the vehicle. The Interior Ministry said the explosion was caused by an improvised caseless explosive device equivalent to 400-600 grammes of TNT.

The murder came as a shock at the time, but the failure of the former President Petro Poroshenko’s administration to follow up on an investigation or make any progress in such a high profile case highlighted the reluctance of the administration to vigorously pursue corruption and related crimes.

The arrests can be taken as a change in direction by the new administration of Ukrainian president Volodymyr Zelenskiy, who campaigned on a platform of bring peace in Donbas and ending corruption.

Three people, - Duhar, Kuzmenko and Andriy Antonenko have been detained in connection with the Sheremet murder case, while the other two people detained in the same case, namely, the spouses Vladyslav and Inna Hryshchenko, are currently in custody in connection with  a different case and have not yet been named as suspects in Sheremet's assassination, according to the police.

Koval said the investigation had established that the principal motive behind Sheremet's assassination was an attempt to destabilise the sociopolitical situation in the country.

For the last five years before his death, Sheremet had lived and worked in Kyiv. His recent reporting included blog posts on corruption, and criminality in a battalion of Ukrainian volunteers fighting in the eastern Donbas region. He previously worked in Belarus and Russia as a journalist and television host. Ukrainska Pravda's chief editor Sevgil Musayeva-Borovyk told RFE/RL that Sheremet's death was related to his professional activities, without elaborating.

Sheremet first made a name for himself with his critical reporting of the authoritarian Belarusian President Alexander Lukashenko. In 1996, he was imprisoned in Belarus for illegally crossing the border with Lithuania while preparing a television story for the Russian television channel ORT. The move of the Belarusian authorities was viewed by the international media organisations as politically-motivated. He also covered the war in Chechnya in 1999-2000.

The highest profile murder of a journalist in Ukraine occurred in 2000 when the decapitated body of former Ukrainska Pravda chief editor Georgiy Gongadze was discovered in a forest by Kyiv. Five years later a parliamentary commission ruled that the kidnapping of the journalist was ordered by former Ukrainian president Leonid Kuchma, who denies any involvement.