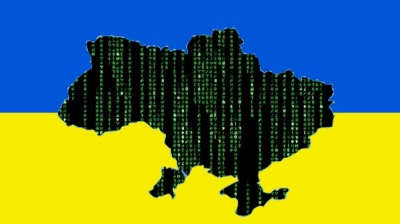 Ukraine’s Digital Transformation Ministry has opened a special web portal for Belarusian IT specialists who want to move to Ukraine and has hired Denis Aleinikov, a Belarusian lawyer who developed a special, low-tax IT zone in Minsk, UBN reported on September 4.

“About our initiative to support IT professionals living in Belarus there is technical support, which works 24 hours a day and already helps specialists from Belarus,” Mykhailo Fedorov, Ukraine’s digital minister, was quoted as saying by UBN, adding that of the 4,500 Belarusians who have fled to Ukraine to escape the police violence in Belarus, more than 300 are IT workers.

As bne IntelliNews reported, the restart of Belarus' self-appointed President Alexander Lukashenko's brutal crackdown on protesters has led to a growing exodus of IT professionals that will destroy one of the country’s most successful sectors. In spite of Lukashenko's neo-Soviet system, Belarus has managed to establish a world-class IT sector that earns over $2bn a year in exports. The IT sector has been a haven of prosperity in the otherwise unreformed economy.

Ukraine is hoping to cherry-pick from amongst the professionals deciding to leave Minsk. More than 300 Belarusian IT CEOs warned Lukashenko in a letter sent during the first days of his crackdown immediately after the presidential elections that they would close their offices and move to neighbouring countries.

With this investment regime Fedorov aims to create an additional 450,000 IT jobs in Ukraine by 2025, generating $12bn in economic activity. Last year, Ukraine’s IT exports grew 30% year on year, to $4.2bn. Currently, Ukraine’s 4,000 IT companies employ 200,000 specialists. Short of staff, Ukrainian companies look north to Belarus where 60,000 IT specialists work in Minsk alone.

After Belarus' largely discredited presidential vote of August 9, 168 IT workers were arrested in protests. Since then, the internet has been repeatedly turned on and off. Over 2,500 IT executives and workers signed an open protest letter to President Lukashenko. “People can’t focus on work because of the constant stress,” George Kachanouski, founder of Scootapi, told UBN. “Many companies plan to relocate temporarily now, but if the dictatorship wins, then for good.”

Aleinikov is to help the Rada draw up a low tax, liberal labour law IT park similar to the Hi-Tech Park he helped build near Minsk. The park now has 880 registered companies. Last week, President Zelenskiy signed a decree giving the Rada 90 days to draw up legislation.

“The Presidential Decree is public support, the political will for this project to move forward faster,” Fedorov concluded. “We will create the world's most comfortable economic zone with low taxes, legal employment, high wages. favourable conditions for start-ups and entrepreneurs.”