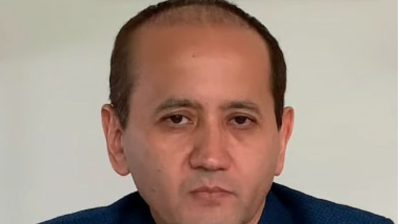 The Business and Property Courts of England and Wales has issued an asset freeze on $5bn in assets including cash in bank accounts in half a dozen countries, stakes in luxury hotels and a Burger King franchise, as part of an ongoing legal saga involving fugitive Kazakh banker and dissident Mukhtar Ablyazov and Kazakh state-owned BTA bank, the Wall Street Journal has reported, citing court documents.

The asset freeze followed a petition from BTA Bank, which has alleged for years that Ablyazov, the bank’s ex-chairman, stole over $6bn and laundered much of it via shell companies around the globe. BTA was once Kazakhstan’s biggest lender until it defaulted on $12bn of debt in 2009. Investigators claim Ablyazov developed several complex schemes aimed at financing investment projects in Russia, enabling him to systematically embezzle the bank’s funds in large amounts.

Ablyazov, 57, a critic of longtime Kazakh president Nursultan Nazarbayev, who resigned in the spring this year, has been living in self-imposed exile in Europe since 2009. He was tried in absentia in Almaty in June 2017 and sentenced to 20 years in prison on charges of organising and leading a criminal group, abuse of office, embezzlement of around $6bn, and financial mismanagement. He has protested his innocence, describing his trial as politically motivated.

In the latest petition, BTA said financier and former Kazakhstan government adviser Bulat Utemuratov worked with 11 other individuals and firms to help hide the bank’s stolen funds, the court documents reportedly showed. A UK court in 2012 ruled in BTA’s favor, issuing a $4.9bn civil judgment against Ablyazov and  his son-in-law Iliyas Khrapunov. Ablyazov, who resides in France, refused to engage with the British courts, leading to him being held in contempt.

“The claim was based on false documents provided by BTA Bank JSC and its lawyers,” the Wall Street Journal cited Olga Abdrakhmanova, spokeswoman for Utemuratov and Verny Capital, one of the defendants in the freezing order, as saying. “We will make an application to have this claim discharged.”

The allegations come as a surprise twist as Utemuratov has been long seen as a close associate of Nazarbayev and in leaked diplomatic cables was “rumored to be Nazarbayev's ‘personal financial manager.’”

According to a Facebook post under Ablyazov’s name, he responded to the freezing order by denying the money laundering allegations and claimed that a top Kazakh intelligence official was attempting to “destroy Utemuratov physically and financially.”

The new order seeks to freeze assets including bank accounts at UBS Group, Credit Suisse Group, EFG International and DBS Group Holdings along with firms that own stakes in the Ritz-Carlton-branded hotels in Moscow, Vienna and the Kazakh capital Nur-Sultan. The Utemuratov-controlled Burger King franchise in Kazakhstan is also included in the order.

Ablyazov took over BTA in 2004 after his business partner died in what was reported as a wolf-hunting accident. After Ablyazov fled Kazakhstan in 2009, the bank was taken over by the Kazakh government.

In recent years, he has been organising and coordinating the activities of his Democratic Choice of Kazakhstan movement via the internet, including organising protest rallies in Kazakhstan's capital Nur-Sultan and largest city Almaty.

In a separate case, BTA bank has accused Ablyazov and his partners of using real estate projects in Europe and the US—including units at the Trump Soho in New York—to launder $440mn while the authorities were probing the alleged thefts. It has also accused Ablyazov’s son-in-law Ilyas Khrapunov of concealing talks on real estate dealings in the US by using hundreds of accounts for encrypted emails while facing the money laundering charges.

Ilyas’s father, Viktor Khrapunov, Ablyazov’s close associate, has also been accused of stealing $300mn from the city of Almaty.