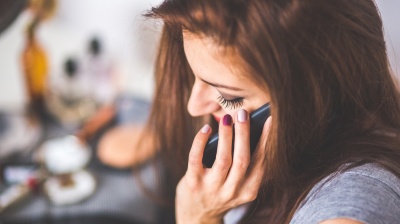 Both companies will provide 5G services using the frequency bands they hold licenses for, and will target the main cities of the country — Bucharest and Cluj Napoca, plus the popular seaside resort of Mamaia. Digi is also targeting the city where it is based, Oradea (also one of the most developed cities of the country) and Iasi.

Romania’s telecommunication operators thus launched 5G services that are commercially available to their customers at a time when the government has not yet unblocked the auction for dedicated frequency bands. The telecom market operator claims that unless the government cuts its expectations for the price to be paid for those frequency bands (expectations inked in the so-called “greed tax” emergency decree), the auction will fail.

Any subscriber of the Digi Mobil service who owns a 5G compatible terminal (Digi started selling Xiaomi and Huawei models) can get access to the 5G network, RCS & RDS officials said. Customers can register on digiromania.ro website to buy the Xiaomi Mi Mix 3 5G and Huawei Mate 20X 5G, both VoLTE and VoWiFi compatible.

“This summer we will have 100-200 5G base stations, and the number of stations will increase as new terminals appear. Investments in 5G will reach €270-280mn this year,” said Valentin Popoviciu, vice president of RCS & RDS. In the coming weeks, the first 5G base stations will become active in other localities: Constanta, Mamaia, Oradea, Cluj-Napoca, and Iasi.

“We are the first operator to launch 5G services and the Supernet 5G network in Romania. It’s a moment of pride, [for us] and for Romania; we are one of the first countries in the world and Europe to launch these services. We contribute to achieving the digital agenda goals in Romania and digitising society,” said Murielle Lorilloux, CEO of Vodafone Romania, at the time.

Romania’s largest telecom operators, Orange, Vodafone and Telekom, plan to challenge the emergency decree (OUG) 114/2018 unless the government amends it to eliminate the provisions related to the telecom industry stipulated in the initial text enacted in late December, Profit.ro reported quoting a leaked document from the three companies.

The three telecom operators plan to challenge OUG 114 through the Constitutional Court and their experts estimate they have significant odds of winning the case.

The document quoted by Profit.ro elaborates only on the Special Fine, to be charged to telecom operators that breach the construction permits regime. OUG 114 includes other two key provisions pertaining to the telecom sector, both stipulating higher fees. The latter two provisions have also been rejected by the telecom operators in the past, but are not mentioned by Profit.ro in relation to the companies' complaint prepared for the Constitutional Court.

The telecom companies also complained in a previous document, sent to the government, about the excessive supplementary fees charged: a 3% “turnover fee” paid in exchange for “monitoring services” by state bodies and excessive renewal fees for the 3G and 4G licenses in addition to the high fees prepared for the 5G licenses. Such high fees would limit companies' ability to invest in new technology, they claimed, rather than raising constitutional issues.