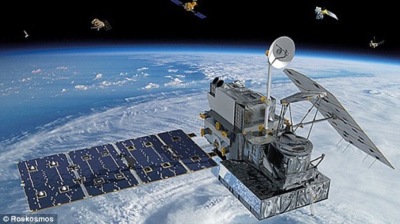 Russia has plans to develop its own cluster of at least 500 “next-generation, multi-spectrum satellites,” starting from next year. Dubbed ’Sfera,’ the program aims to provide high-speed Internet access and communications — particularly, along the Northern Sea Route — similarly to Starlink, a project developed by Elon Musk’s SpaceX, reports East-West Digital News (EWDN).

Under plans, the first satellites could be launched in 2024, “provided that the first works will be funded next year,” said Sergey Prokhorov, Director of Advanced Programs at State Space Corporation Roscosmos.

This funding is far from certain, even though the project has been included in the ‘Digital Economy’ state program, which runs until 2024.

Roscosmos head Dmitry Rogozin conceded in a media interview that the financing of Sfera has not been confirmed yet by the government, on which the program relies heavily, though not entirely. He cited the coronavirus pandemic and the fall of oil prices among the reasons for shrinking government spending.

Rogozin said that President Putin — who supports the project but also complained about the delays in finalizing the plans — will be provided with the final program proposal in the course of December.

Roscosmos programs have been criticized for their excessive costs. As revealed by Alexander Ivanov, a member of the Russian Military-Industrial Commission, in a media interview, Roscosmos is requesting from the government no less that 1.5 trillion rubles (around $20 billion) in total to develop Sfera.

Roscosmos budget requests are not all justified and properly articulated, Ivanov believes: “Their requests will soon exceed the amount of the state armament program,” he said.

The cost of Starlink has been estimated at $10 billion — twice as cheap as Sfera. Elon Musk’s project is also ahead by several years: “While Starlink is functionally simpler than the Russian project, it already has more than 800 satellites in orbit,” notes independent-minded publication TheBell.

Another SpaceX program made the news today, with the launch of the first fully operational mission of the Crew Dragon capsule. Four astronauts took off from Florida’s Kennedy Space Center, heading to the International Space Station.