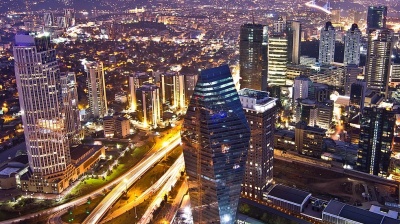 Turkey could be in danger of falling into a deeper economic crisis than the infamous 2001 catastrophe that required a bailout from the International Monetary Fund (IMF).

That's the opinion of Kenneth Rogoff, a Harvard University economics professor who served as the IMF’s chief economist between August 2001 and September 2003. In an interview with Turkish business daily Dunya, published on March 29, Rogoff noted that the country's Erdogan administration failed to hike interest rates when it should have done to tame inflation, while it has exacerbated Turkey’s economic problems by firing a string of central bank officials, including three governors. Turkish inflation has reached 54% (though some academics who dispute the official data calculate it stands at 124%), while the Turkish lira, which lost 44% of its value versus the dollar last year, is down around 10% in the year to date. For Turkey, the impacts of the Ukraine crisis, including soaring energy prices, additional food inflation and the expected loss of millions of Russian and Ukrainian tourists this year, threaten to amount to the straw that breaks the camel's back. But President Recep Tayyip Erdogan, who has made much of his political fortune by laying on cheap credit, continues to stick with his unconventional 'Erdoganomic' economics, which bar interest rate increases even in the face of dizzying inflation levels.

“At this point, it is very difficult for Turkey to bring down inflation without a serious interest rate hike. Controlling inflation will indeed be painful, as interest rates were not raised sooner and credibility was damaged by repeated dismissals of central bankers,” Rogoff told the newspaper.

He added: “Turkey may be headed for a worse economic crisis than it had two decades ago, but while global growth and the interest rate environment are still favourable enough despite the war, there is still time to prevent the economy from making a hard landing.”

After the IMF bailout of two decades ago was completed, Erdogan pledged that Turkey would never again go cap in hand to the international finanical institution.

Turkey's official consumer price inflation is expected to move up to 61.5% in March, according to the median estimate of 17 institutions polled by Reuters last week. Inflation may slow to 54% by year-end, the poll also indicated.

“High inflation ultimately stalls real GDP growth over the long term. This is not good for Turkey, long-term,” BlueBay Asset Management strategist Timothy Ash told CNBC in an interview last week. “[Ergodan] is running the economy extremely hot. If you’re not willing to slow the economy down with rate hikes, you may get short periods of very high GDP growth, but, ultimately, the economy’s going to come down to earth with a pretty big bang.”

“What is really worrying at the moment is this level of depreciation, this pressure on inflation,” continued Ash. “The concern is that it will cause a broader lack of confidence in the banking and financial system. The world you see runs on banks, and that’s the game-changer for Turkey… if that happens, then Turkey is heading for a major systemic crisis.”