Turkey takes top spot for most expensive iPhones in the world 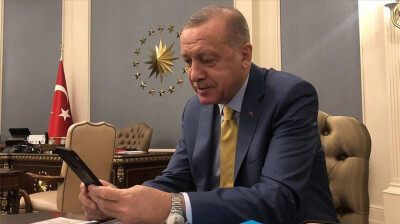 Turkey has taken top spot from Brazil when it comes to the world’s most expensive iPhones, with the launch of the iPhone 14 models giving it the unwanted distinction, according to data compiled by nukeni.

Apple (Nasdaq/AAPL) launched the iPhone 14 models on September 7. The cheapest model available in Turkey goes for Turkish lira (TRY) 30,999, or $1,700 (for all models mentioned in this article, the memory storage reference is 128GB).

After Turkey, in second place for the most expensive iPhones is Brazil, with the iPhone 14 models priced from $1,459.

Hungary, meanwhile, has moved past Sweden to take third place at $1,134.

Across the regions covered by bne IntelliNews, Poland and Czechia do fairly well for bank account-emptying prices at $1,104 and $1,080, respectively, while the United Arab Emirates (UAE) offers prices from $925.

Russia has left the ranking due to the Ukraine sanctions that have disrupted its markets.

In 2021, when Apple launched its iPhone 13 models, Brazil was the world price leader for ordinary models while Turkey led in the Mini, Pro and Pro Max categories.

The iPhones on sale in Brazil and Turkey and other countries are identical—it is taxes that create the stark price disparities. Turkey is among the most ambitious countries in the world when it comes to collecting indirect taxes.

Around half of Turkey’s labour force earns the minimum wage. An ordinary Turk is able to buy an iPhone 14 in six months if they do not spend their wages on anything else.

In 2021, Turks was ranked number one for the number of required days worked needed to buy an iPhone 13, with the requirement 93 days, or three months. Currently, it is hard for other nationalities to compete with the Turks as these figures have doubled.

The poverty threshold in Turkey for a four-person household stood at TRY22,442 per month as of August (up 119% y/y from TRY10,242 in August 2021), according to a monthly survey by the yellow labour union Turk-Is.

The hunger threshold (minimum food expenditure for a four-person family) stood at TRY6,890 (up 119% y/y) in the month.

The minimum cost of living for a single person was TRY8,999.