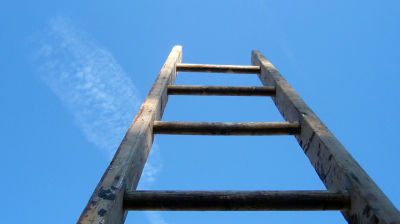 Many analysts think Turkey will get nowhere with its veiled interventions to defend the lira.
By bne IntelliNews February 14, 2020

One of the largest bouts of foreign disinvestment in Turkish assets in five years was seen last week, according to a February 14 note from Deutsche Bank.

The outflow recorded by the bank was detailed hours after a Bloomberg report disclosed how a fund, wagering against the splintering Turkish lira (TRY), executed a $500mn call-spread minutes after the currency buckled past the six-per-dollar-mark on February 7. Data from the Depository Trust & Clearing Corporation revealed the move that stands to pay out if the lira depreciates to between 6.5 and 7.3 per dollar by August 7—potentially moving past its record low of 7.2362. Another $250mn trade with the same strike prices, premiums and maturity was added a few hours later, the DTCC data reportedly show.

Bearish sentiment on Turkey is clearly building. State lenders have mounted a concentrated effort to prevent the depreciation of the TRY in the spot market but investors say the banks’ erecting of barricades to prevent a currency rout may not be sustainable. There are deep-seated worries about the possibly precarious underpinning of Turkey’s economic recovery, while Ankara is engaged in complex geopolitical spats over the conflicts in Syria and Libya as well as over oil and gas drilling off Cyprus, that could deteriorate at any moment, sending markets into a spin.

Foreigners shed $632mn of Turkish assets in the week ending February 7, including $549mn in local bonds and $83mn in equities, according to Deutsche Bank’s note, citing Turkish official data. It was the largest amount of foreign disinvestment from local assets since October.

“Looking at flow dynamics since the start of the year, we note negative flow dynamics in every week so far. While the outflows were mainly concentrated to the fixed income market initially, we now also see outflows from equities as well,” Deutsche Bank said.

The outflow, particularly from the bond market, was even more meaningful given how low foreign ownership was already, it added. The outflows recorded last week left the sum total of domestic debt held by foreigners at just $14.4bn, excluding repos, the bank added, bringing the foreign holdings share to a historical low of 9.4%. In equities, the share of foreign holdings versus the index market capitalisation was nearing its all-time low, it also noted.

On the day that the outsized bets reported by Bloomberg were placed, government-backed banks tried and failed to arrest the Turkish currency’s journey south by inundating the market with dollars. But it was in vain; they were unable to prevent what turned out to be the TRY’s biggest intraday drop against the USD in five months.

The word on Turkish markets is that the state lenders sold at least $4bn to support the currency, and another $500mn this week through February 11, according to traders with knowledge of the matter spoken to by the news service.

The interventions risk distorting the market and fuelling economic imbalances that will weigh on the lira down the line if they allow for more monetary easing than is warranted. Market players fear a disorderly adjustment is in prospect.

Bloomberg also quoted a sign of broader bearishness toward the lira, namely one-month 25-delta risk reversals. The indicator is a measure of the premium investors pay in the options market to sell the currency rather than buy it. And it has more than doubled since the end of January.

The currency “seems to be on an invisible string attached to the 6.00 level,” said Piotr Matys, a strategist at Rabobank in London. “When it snaps, dollar-lira is likely to shoot toward the May 2019 high at 6.2457.”

Writing in Al-Monitor on February 13, Turkish economist and writer Mustafa Sonmez said the fresh steps taken by Turkey’s government to keep exchange rates under control in the face of a resurging dollar would erode confidence in the economy, still ailing after its big currency shock in the summer of 2018.

Officials have essentially departed from Turkey’s floating exchange rate regime over the past year, with veiled interventions by the central bank. “To keep the lira below six against the dollar, the central bank has often funneled foreign exchange to the market via state banks, using money that it could have kept as reserves. Such moves amount to political manipulation of foreign exchange prices, given the tight control the government has attained over the central bank since last year,” Sonmez observed.

The central bank’s interventions via state banks to keep foreign exchange rates in check have deployed an estimated $32bn, a figure that has not been officially denied so far, he said.

In a new step to limit speculative trading, the Banking Regulation and Supervision Agency (BDDK) announced on February 9 new limits to foreign exchange transactions, reducing the limit for Turkish banks’ forex swap, spot and forward transactions with foreign entities to 10% of a bank’s equity. The move is designed to curtail transactions that could raise hard currency prices. The limit had already been halved to 25% in August 2018, when the lira crisis erupted.

Sonmez reiterated how President Recep Tayyip Erdogan and others in charge of the economy under his Justice and Development Party (AKP) have blamed Turkey’s currency woes on foreign actors, claiming they pursue speculative attacks on the market to send hard currency prices up in a bid to crash the Turkish economy and, by implication, take down the AKP.

He wrote: “As part of such narratives about Turkey being under threat, Erdogan has often urged citizens to stick to the lira and shun hard currencies. At a rally ahead of the March 2019 local elections, for instance, he warned ‘those in the finance sector’ that they would ‘pay a heavy price’ for any ‘provocative actions’ on the foreign exchange market. ‘We know who you are and what you do,’ he said. ‘The BDDK has taken certain steps, but you should know that we will present you with a hefty bill after the elections. You will not be allowed to exploit this nation.’”

In the first half of the AKP’s 17-year rule, Sonmez noted, Turkish companies took advantage of abundant global liquidity to borrow lavishly, and many appeared oblivious to the risks of repayment.

He added: “As a result of the borrowing spree, the private sector holds two-thirds of Turkey’s external debt stock, which stood at $434bn in September, amounting to nearly 59% of the country’s gross domestic product.

“But the cycle of borrowing to repay debt ground to a halt as borrowing costs increased under the impact of global economic trends in recent years. Confidence in the lira weakened as foreign exchange prices increased, fueling a flight to hard currency. The trend came to a head in 2018, with the price of the dollar shooting up to 7 liras from the region of 3 to 4 liras in a short period of time.

“The AKP government, however, refused to acknowledge the troubles as the outcome of its ill-conceived economic policies, arguing instead that it was the target of foreign plots.”

Sonmez concluded: “In sum, selling conspiracies to the public instead of acknowledging the realities is hardly a solution. An inevitable surge in foreign exchange prices is looming over the Turkish economy.”