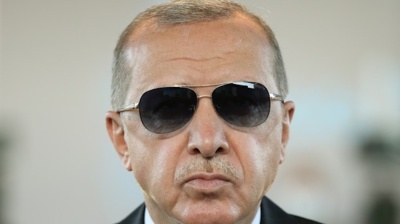 Turkey has fined Facebook, along with its Instagram platform, as well as Twitter, Google’s YouTube and China’s TikTok Turkish lira (TRY) 10mn ($1.18mn) each for not complying with the country’s new social media law, Deputy Transport and Infrastructure Minister Omer Fatih Sayan said on November 4 in a tweet thread.

Only VKontakte, the Russian version of Facebook, had named a representative in Turkey as required by the law by a November 2 deadline, a “senior Turkish official who’s directly familiar with the matter” told Bloomberg.

The law brought in by the Erdogan administration demands that social media companies store the data of their Turkish subscribers in Turkey to enable direct access to the subscriber data and content.

Authorities in Turkey regularly arrest social media users and hit them with charges such as insulting President Recep Tayyip Erdogan or harming the country by criticising his government’s handling of the economy.

Direct action has also been taken against major online platforms; for instance, Wikipedia was banned in Turkey for three years. The ban expired in January.

Turkey has for several years been either the biggest, or one of the biggest, jailers of journalists in the world.

The Turkey subsection of the report stated: “Internet freedom declined this year in Turkey after the government temporarily blocked social media platforms [during a military incursion into northeastern Syria], leaving people living in the south of the country without access to essential services and tools.

“President Recep Tayyip Erdogan's Justice and Development Party (AKP) passed repressive legislation that imposed tight restrictions on social media companies, requiring them to have an in-country representative to respond to content removal requests, among other measures. Increasingly, the government harassed, arrested, and detained journalists, activists, and bloggers for their online activity, especially during the COVID-19 pandemic.”

It added: “The AKP has ruled Turkey since 2002. After initially passing some liberalizing reforms, the AKP government showed growing contempt for political rights and civil liberties, and its authoritarian nature was fully consolidated following a 2016 coup attempt that triggered a dramatic crackdown on perceived opponents of the leadership.”

The new social media law was approved on July 29 and went into effect on October 1.

The Turkish telecommunications regulator served warnings to companies not in compliance with the law before it issued its first punishments under the legislation. The scale of the punishments will gradually grow in size as long as infringements are judged to be be continuing.

The scale starts out with $1.3mn fines to be levied in November. It then moves to $3.8mn penalties in December. January could see the imposition of local advertising bans.

Bandwidth throttling is next on the rising scale. If it proves necessary, it would start in April and May. The throttling would become so severe that any platform facing it would be rendered unusable in Turkey.

Facebook has around 37mn subscribers in Turkey, a country of 83mn. The Facebook personnel that deal with Turkey are based in London. Instagram has 39mn Turkish subscribers.

Twitter has 14mn users in Turkey while Turkey is among TikTok’s largest markets , providing it with around 30mn subscribers.

As of March, a 7.5% tax on the “sales revenues” of technology companies, including Google, Facebook and Amazon, came into force in Turkey.

In September, Google informed clients it was set to impose a 5% fee on Turkish advertisers to meet “significant increases in the complexity and cost of complying with regulations”.

In October, the Erdogan-loyalist Daily Sabah newspaper reported that online reservation giant Booking.com was expected to set up an office in Turkey and pay taxes following the introduction of the new internet and social media regulations.