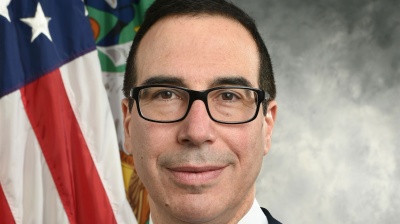 There is speculation that US Treasury Secretary Steve Mnuchin is sold on the idea that keeping Iran in SWIFT will generate intelligence.
By bne IntelliNews October 24, 2018

The Trump administration has signalled that it will permit Iranian banks to remain connected to the SWIFT worldwide financial telecommunication system following refusals from Europe to cut Tehran out of the system, according to officials familiar with the situation, conservative media outlet, The Washington Free Beacon, reported on October 24.

The apparent U-turn emerged as Belgium-based SWIFT (Society for Worldwide Interbank Financial Telecommunication) declined to adhere to US demands to disconnect Iranian banks still in its system. It has cited fears that the move might cause a lack of financial connectivity for banks that could then translate into trade disruption sparking food shortages in Iran.

Unnamed US officials familiar with the situation reportedly told the US publication that Iran would remain connected to SWIFT, despite the stance of Iran uber-hawks such as US National Security Advisor John Bolton, who has advocated disconnecting Iran from all international trade.

"The Europeans are clowning the Americans," one source familiar with the recent discussions between American and European officials was cited as saying. "They sold [Treasury Secretary Steve] Mnuchin on this idea that keeping Iran on SWIFT will generate intelligence—the word they keep using is ‘leads'—and Mnuchin is now echoing Obama talking points about how sanctioning some banks is enough."

The unnamed person reportedly added: "[...] the Europeans and Iranians are publicly gloating because they know that as long as Iran stays on SWIFT, they can wait out Trump."

Fearing a blanket ban on Iranian banks being connected to SWIFT, French officials were looking to keep at least one Iranian bank connected to the financial telecommunication system, AFP reported on October 22.