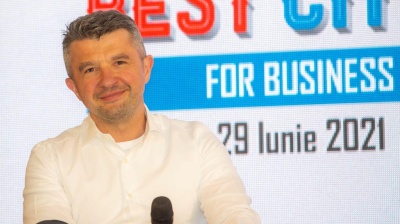 The deal is the first signed by Fortech, one of Transylvania’s largest software service providers, as part of its new growth plan that focuses on expansion through mergers and acquisitions (M&A).

Outlining the strategy earlier this year, Fortech said that the pandemic has intensified the market demand and urgency for digitisation services, and the company has responded to its clients and prospects’ changing needs. The priority areas the company focuses on include highly regulated areas such as health and financial-banking services, but also the automotive field, professional services and industrial manufacturing, it added.

The size of the deal, due to be formalised on September 1, was not disclosed.

Fortech currently has four development centres and more than 900 employees and collaborators in Romania.

Zipper is a software development services company that like Fortech is based in Cluj-Napoca. The four-year-old company has turnover of €400,000. It provides custom IT services that cover the complete development cycle of a software product, and has already been collaborating with Fortech for two years.

According to Fortech, the deal will create synergies by combining the competencies of the two companies that will opens "new avenues to innovation through next-gen technologies. It also amplifies both its scaling capacity and the speed of service delivery".

“I am delighted to welcome the members of Zipper Studios under the Fortech umbrella. At the same time, I thank them for the know-how, freshness, and agility they bring with them and infuse in our projects. Agility is the vital factor that allows us to successfully respond and adapt to our client’s needs as they evolve their business projects.” said Calin Vaduva, CEO of Fortech.

“We already have a two-year collaboration with Fortech. This period was a good opportunity for us to validate our common aspirations and the affinity between our teams in terms of culture, organisation, and way of working,” said Filip Marusca, partner and general manager of Zipper Studios.

Fortech reported turnover of €33.5mn in 2020, and aims to increase this to over €40mn in 2021. Fortech hops this will result in an annual increase in turnover of at least 25% in the coming years, helped by its new M&A strategy.

Specifcally, it plans to increase the capacity of its software development delivery by taking over firms that need a host organisation to grow and can enhance Fortech’s expertise, multidisciplinary and scalability. In tandem, it is stepping up its own recruitment plans and starting new collaborations. In addition, it plans to increase its specialisation in software development services.