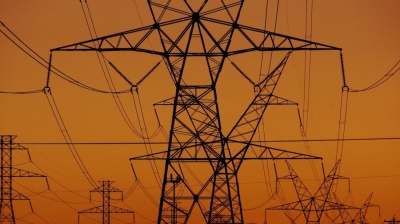 Moldova has secured only 60% of the electricity it needs for November 1.
By Iulian Ernst in Bucharest November 1, 2022

The Moldovan authorities in Chisinau have been unable to sign a contract with MoldGRES, the power producer in the Russia-backed separatist republic of Transnistria, Moldovan Deputy Prime Minister Andrei Spinu announced. Based on data provided by Spinu, bne IntelliNews estimates that Moldova has so far secured only 60% of the electricity it needs for November 1.

This might be part of a new round of negotiations Transnistria is attempting to engage in — the two sides have a meeting scheduled for this week to tackle the energy crisis — but it remains unclear what its demands are. If Transnistria is threatening to cut off Moldova’s electricity supplies, this is the first time the separatist regime has taken a position hostile to the Moldovan authorities since the war began in Ukraine.

Even before the latest development, Moldova was struggling to secure sufficient electricity and the government had warned of blackouts. It lost electricity imports from Ukraine after Ukrainian power infrastructure was targeted by Russia. Also in October, Russia’s Gazprom cut supplies of gas, which is burned in Transnistria’s power plants that supply the whole of Moldova.

“It was not possible to sign the contract with MoldGRES,” Spinu announced.

Transnistria is given more than two-thirds of the gas Moldova receives from Gazprom, exactly because it uses part of it to produce electricity. It is understood that Transnistria resumed operations at the Ribnita steel mill after the authorities in Tiraspol received confirmation of the gas supplies in November — which is in contrast with the energy-saving measures taken in Moldova proper. However, the extraordinary operating permit extended by Chisinau authorities to the steel mill is conditioned on the electricity contract.

Under these circumstances, even if Moldova gets enough gas it might face blackouts since its own generation capacities are scarce and the capacity of the interconnector with Romania is limited. Part of the power is most likely sent from Romania to Moldova through Ukraine’s grid, which could explain the Russian missiles targeting the territory next to Moldova where they would prevent imports of Romanian electricity.

The resources that Moldova can count on for November 1 are rather scarce: 100MW produced locally (if the combined heat and power plant is operating at full capacity), two “band” contracts of 50MW and 35MW with Romania’s OMV Petrom and Nuclearelectrica respectively and 5,530MWh (the equivalent of 230MW band electricity) purchased by Energocom from Romania’s day-ahead market.

Moldova is also supported by Romania under an emergency mechanism, but the transfer capacity (225MW including Ukraine as an intermediary) might be an obstacle and Romania’s system is under pressure itself, resulting in high prices on the spot market, although lower compared to the previous months.

Notably, Spinu did not mentioned the 100MW contract signed by Energocom with Romanian company Hidroelectrica immediately after MoldGRES reduced its deliveries in October. The duration of the contract was not announced at that time.

Spinu recalled that, Gazprom confirmed the supply of only 5.7mn cubic metres of gas per day to Moldova in November, which is 51% of the agreed volume under the contract.