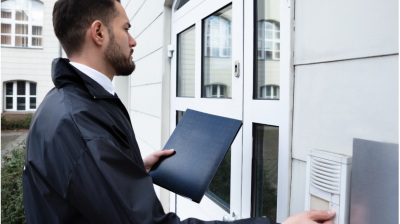 Bailiffs were in the past documented to use highly unethical behaviour during the enforcement proceedings. / bne IntelliNews
By Albin Sybera September 1, 2022

The so-called “Milostive leto” [Jubilee] – a three-month-long period of waiving additional charges on the debts subject to bailiff enforcement – began in Czechia on Thursday and will last until November 30.

Czechs who owe money to public institutions and whose debts are being collected through enforcement proceedings initiated prior to October 28, 2021, can now pay the original amount of the debt and a flat fee of CZK1,818 (€74) to bailiffs collecting the debt and the enforcement will be ended. Large private creditors are encouraged to follow suit.

This is the second such period after the previous one running from the end of October 2021to the end of January 2022 was able to free some 15,000  debtors. Altogether some 50,000 enforcement proceedings were put to an end.

The period referred to as “Jubilee” alludes to the biblical tradition of forgiving debts every seven years.

The Chamber of Bailiffs has criticized the measure, arguing that bailiffs are not adequately compensated for the administrative burden of ending the eligible enforcements. The flat fee of €74 is a compromise compensation reached by the legislators for the current period.

“This was one of our demands, that compensation reflects the valid enforcement rules”, President of Chamber of Bailiffs Jan Mlynarcik was quoted a saying by Czech TV.

Bailiffs were in the past documented to use highly unethical behaviour during the enforcement proceedings, including blackmailing and confiscating children’s toys and other property used by children. During the COVID-19 wave a bailiff was documented to have confiscated a family’s only computer, cutting children in the family off online education.

During the previous Jubilee period bailiffs also purposely did not respond to eligible applications for ending the enforcement. Under the current Jubilee rules bailiffs will be obliged to respond within 15 days at the latest.

“If they don’t respond the period of using Jubilee conditions is automatically extended by the duration of the delay”, explained Danile Hule, head of the debt consultancy at the People in Need NGO.

Czechia has been struggling with an ongoing debt crisis fuelled by the combination of years of an unregulated money-lending business, extensive rights granted to bailiffs, and harsh conditions for personal bankruptcy, leaving some 700,000 Czechs (roughly 6.4% of the population) trapped in endless enforcements, often facing debts impossible to pay off during their lifetimes. Politicians turned a blind eye for years, partly because of corrupt networks, partly due to an ideological fixation on making debtors repay all their debts.

As many NGOs point out, bailiffs were able to effectively act as private debt-collecting entrepreneurs motivated to incurr late charges and administration fees on the original debts,   multiplying the amount subject to enforcement as well as their rewards.

As the winter months near, fears abound that the number of enforcement proceedings will rise as low-income families, pensioners and other vulnerable parts of the population are unable to afford the dramatically rising costs of living.

According to the latest research of the Czech Academy of Science-affiliated CVVM, about half of Czech households expect their material conditions to worsen. Last year the ratio was 22% of Czechs.

Improvements are more often expected by university-educated Czechs, people under 29-years, entrepreneurs and freelancers, while worsening of conditions is expected by people of 65-years and more. More right-wing voters are expecting improvement than left-wing voters.