Third of Estonian startups set up by e-residents 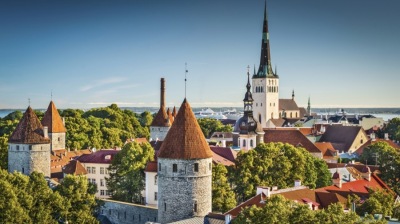 By Linas Jegelevicius in Vilnius August 11, 2021

Nearly one third of Estonian start-ups have been founded by e-residents, shows analysis from Startup Estonia, the engine of startup promotion in Estonia, and the Estonian e-Residency programme.

Most of those startups focus on business software development and fintech solutions.

Head of Startup Estonia, Eve Peeterson, believes that Estonia attracts international talent primarily thanks to its innovative digital society and its worldwide reputation as a thriving breeding ground for startups. "Our small but remarkably diverse startup sector has become an essential driver for innovation and economic growth in Estonia. Thanks to the e-Residency program, the Estonian startup community has been able to truly flourish and thrive," Peeterson said.

This year, approximately 330 companies have registered for the pitching competition, and 75 of them have links to at least one e-resident.

The Estonian e-Residency programme was launched in December 2014 with the aim of providing foreign nationals with safe access to e-services offered within the Estonian e-governance ecosystem.

Since the launch of the e-Residency programme, Estonia has welcomed over 83,000 e-residents who have gone on to establish more than 17,800 companies in Estonia.

In addition to the indirect economic impact, resulting primarily from growth among and investments into Estonian companies offering services to e-residents, the e-Residency programme has generated direct revenue for the Estonian economy of over €68mn.