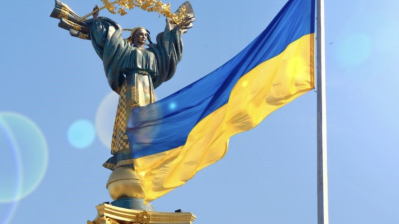 Both the EU and the US have promised to send financial aid for budget spending to the tune of €8bn and $9bn but the money has become tangled in bureaucratic tape / wiki
By Ben Aris in Berlin July 14, 2022

Both the US and European Commission have approved badly needed financial support packages for Ukraine to shore up the latter's public finances but the distribution of the money has been dogged by bureaucratic delays.

The US and EC have signed off on similar mirrored financial packages to support budget spending of $9bn and €8bn each to help fund Ukrainian budget spending that is currently deeply in deficit. However, despite being approved, neither Washington nor Brussels has released the cash due to accountability concerns.

The Kyiv School of Economics has upped its estimate of the cost of the physical damage done to Ukraine’s economy from $104bn to $165.1bn needed for post-war reconstruction. Damaged housing makes up for nearly 40% of losses, which amounts to $36.6bn, according to KSE’s latest update of its study “Russia Will Pay.” Estimates for the total cost of the war to Ukraine vary from $600bn to over $1 trillion.

A spokeswoman for the EC said that the money would be released “soon”, reports Evropeyska Pravda, but was unable to give a firm date, as the Council of Europe and the European Parliament both need to approve the emission.

"It is important to emphasise that we intend to come out soon with a proposal for the provision of the remaining macro-financial assistance. And the rest will include the full amount of assistance that was agreed by the European Council for the reconstruction of Ukraine. Technical work on the second tranche is underway to provide it as soon as possible," she said.

While the spokeswoman reassured that the EC would continue to work throughout the summer, she also said that the next session of the European Parliament is not slated to occur before September.

Germany has also been blocking €9bn in EU aid for Ukraine for more than a month, over concerns about accountability, as it is afraid the money will be stolen, according to reports. Previous calls for a Marshall Plan for Ukraine prior to the war were stillborn as European lawmakers had no confidence that any general investment money sent to Kyiv would not be diverted into corrupt schemes by Ukrainian officials and oligarchs. The West has constantly called on Kyiv to tackle its endemic corruption, with little result.

The stalled loan and deadlocked talks has been confirmed by various protagonists both in Kyiv and in Brussels, reports the local press, that speculate it could have been the reason for Ukrainian President Volodymyr Zelenskiy's decision to remove the controversial Ukrainian ambassador to Germany, Andriy Melnyk, last week, who has been an extremely outspoken critic of Berlin’s reluctant support of Kyiv.

Similar problems have stymied the release of the US money. A member of the US Congress, Victoria Spartz, reported on problems that the US has had in funding Ukraine and said some of them relate to the supervision of allocated funds on July 12. She added that “Republicans and Democrats are very worried about how we will supervise a large amount of money we have spent in Ukraine. That is, the problem I am talking about exists at the bipartisan level! And you need to solve it! There will be big problems in Ukraine if the Ukrainian government cannot come to an agreement with us now. Ukrainians don't understand that Congress oversees where and on what American money is spent.”

Economists are warning that Ukraine can’t afford to wait until September and is facing a growing balance of payments crisis if more money to cover government spending is not made available soon.

The first concrete signs of trouble appeared on July 12 after state-owned national gas giant Naftogaz asked the holders of its $1.4bn worth of bonds to voluntarily delay coupon payments, as the company “needs to preserve cash” to buy some 5.6bn cubic metres of gas for the winter at a cost of $7.6bn, the company said in a press release. The delay technically constitutes a default on the bond.

“It feels like Ukraine is going to sink into default here as an afterthought. Because no one thought through the consequences to the full. Naftogas, the state gas company seems to want to pay a $350-odd million maturity due over the next few days and this seems set to start in motion a chain of events that likely then will see the sovereign default on $2.2bn in liabilities due in September. Our read is Naftogas management want to pay / as they think a default will make their task of finding finance to purchase critical gas imports thru the winter that much more difficult. Someone in government seems to be pushing for non payment. A Ukraine default would be a win for Putin. He would argue that the default reflects the fact that in the end the West is not committed enough to Ukraine to write enough cheques to keep Ukraine current. If Ukraine defaults he may well be right,” Timothy Ash, the senior sovereign strategist at BlueBay Asset Management in London, said in a note to clients.

As bne IntelliNews has reported, Ukraine is running out of money and is unable to fund its budget expenditure. Since the start of the war Ukraine has received a total of between $8bn and $11bn from international donors, according to various estimates, but has been running a deficit of between $4bn and $5bn a month.

The Ukraine Ministry of Finance said at the start of this week that foreign funds covered only half of Ukraine's budget needs of $22bn in March-June. Between March and June, Ukraine received only $10.2bn in foreign loans and grants, according to the Ministry. The money sent has been used to partially cover the deficit. Since the war, Ukraine’s partners have pledged to provide loans and grants worth $32bn, but the government has estimated it needs $39bn, and more recently during the Ukraine Reconstruction Conference it increased that amount to $69bn.

The bulk of the budget finance is currently coming from the NBU, which has been printing money and transferring cash directly to the government since the war started. The government has also been dipping into the NBU’s hard currency reserves, which have fallen by some $5bn since the start of the war to circa $22.76bn this month – their lowest level in two years. As a result of the falling reserves the hryvnia has come under pressure and tight capital controls have been used to stop the currency devaluing and a dual exchange rate, not seen for a decade, is beginning to reappear on the streets of Ukraine’s cities.

Cut off from almost all other sources of funding, the Ministry of Finance has turned to the local bond market and issuing war bonds has become the second largest source of government revenue.

The falling appetite for the bonds in the last weeks led the Ministry to raise the rates of dollar military bonds to 4-4.5% this week in the hope of attracting fresh capital, but the hike was not enough and the last local currency auction raised the disappointing amount UAH143.5mn. However, the dollar-denominated bonds were more attractive and brought in $330.5mn this week, almost all at the short end of the curve. UBN reports that the rates for dollar military bonds were: