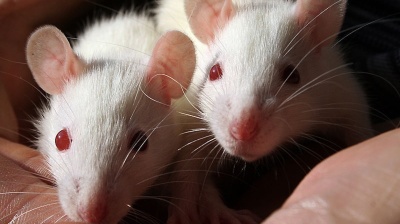 Slovenian researchers have developed a coronavirus vaccine that produced a high immune response in mice, the Ljubljana-based Chemistry Institute announced on August 31.

The results of the development and pre-clinical testing were presented by a team of researchers at the Chemistry Institute led by Roman Jerala.

On 14 May, the Slovenian government declared an official end of the coronavirus epidemic, becoming the first country in Europe to do so. Despite the end of the epidemic, new infections even though in small number, are being registered on a daily basis. Until September 1, there were over 2,900 confirmed coronavirus infections from the beginning of the epidemic, while over 400 cases are still active. 133 cornavirus-related deaths have been registered so far in Slovenia.

The vaccine is based on the plasmid DNA that contains the code for the virus proteins and triggers the production of virus proteins in human cells that creates anti-bodies and the protective T cells.

Different coronavirus vaccines based on the plasmid DNA were already being tested in clinical reasearch in the US, Japan and South Korea.

The advantage of using plasmid DNA is the low cost of production, high stability, while the disadvantage is that is less efficient in entering into cells compared to viruses, the institute said.

The researchers point out that the results of preclinical studies are only in the initial stage and that there is still a long way to go before the vaccine can be used.

Nevertheless, Slovenian researches believe that the results are a good way to continue the research until they produce an effective, affordable and safe vaccine.

Currently around 30 vaccine studies have been developed worldwide, which are at various stages of clinical research and more than 100 are in the preclinical phase.