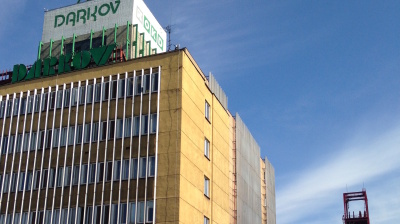 OKD's Darkov mine has been shut, leaving the now state-owned company with just one operating mine.
By bne IntelliNews August 20, 2021

Slovak investor Pavol Krupa has been found guilty by the federal court in the US state of South Carolina of mounting a campaign to slander Czech billionaire Zdenek Bakala, and of trying to extort a ransom of $23mn for stopping these activities, according to HlidaciPes.org.

Bakala filed a criminal complaint against Krupa to the US federal court in 2018, claiming compensation of more than $76mn for damage caused by Krupa. The court will now fix damages in the coming weeks.

The controversial Slovak activist investor hired demonstrators by Crowds on Demand presenting themselves as civic activists fighting to "defend the Czech OKD miners", who chanted in front of the Bakala's family's home in Hilton Head, South Carolina. Crowds on Demand owner Adam Swart reached a settlement with Bakala last January and publicly apologized for his company "leading a hostile campaign against Mr. Bakala".

Harassing phone calls and emails were sent also to the US Aspen Institute, the Dox art centre and the Vaclav Havel Library in Prague, and the Design Museum in London, cultural activities financed by the billionaire. A website StopBakala.org was also set up.

Via his firm Arca Capital, Krupa took a small stake in Bakala's New World Resources, which owned mining company OKD. Krupa, following his usual modus operandi, used his stake to mount a publicity campaign against Bakala so he would be bought out at a profit, but instead the company was declared insolvent in 2016 and renationalised. The business of Krupa – who was given a state award by Czech President Milos Zeman, a strong critic of Bakala – has since collapsed and Arca Capital was declared insolvent in December.

"The prosecution sought to show that the core of the case was an attempt at organized extortion, carried out through harassment tactics. The judge acknowledged the extensive evidence that documented in detail Pavel Krupa's practices, such as organizing fake demonstrations, hiring actors presenting themselves as civic activists to harass Zdenek Bakala's family and neighbourhood, and Krupa's efforts to tarnish Zdenek Bakala's business reputation," Sarka Samkova, a spokesperson of Bakala's company BM Management , was quoted as saying.

"This is a great outcome. I welcome the fact that the court has recognised the seriousness of Pavol Krupa's actions, which for many years harassed my family and my loved ones with the sole aim of enriching himself. It has been a long legal process, but I am grateful that the United States justice system was able to unravel this web of lies," Bakala said.

Bakala now lives largely abroad, though he continues to support philanthropic activities in the Czech Republic, where he still has extensive media and some other business activities. He built his fortune through the acquisition of the OKD hard coal mines in the Ostrava region, extracting large dividends from the mines. However, he is now extremely unpopular in the country as politicians have accused him of abandoning his stake in the mines after coal prices slumped, leaving the state to pick up the pieces.

Several civil suits are still outstanding against the billionaire but criminal investigations have been halted. Creditors led by Citibank are also still pursuing legal action against the Czech government for not recognising their claims against OKD following the renationalisation.