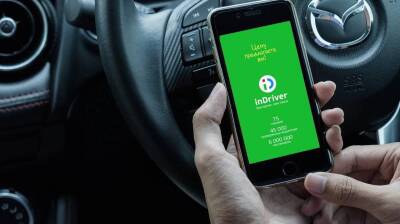 A new unicorn emerged discreetly earlier this year in the globalised Russian-speaking startup entrepreneur community. InDriver, a ride-hailing app founded in Yakutsk, Siberia, back in 2012, was valued at $1.23bn as it raised $150mn this past February from leading North American funds, reports East-West Digital News (EWDN).

The deal remained undisclosed until the first week of September, when InDriver’s founder, Arsen Tomsky, shared this information in a Facebook post, as the company is seeking to attract top talents.

“We’ve opened a number of top positions and are using all search channels. This is a rare opportunity to join an international company of 1,500+ people, growing 2x from year to year, reaching a valuation of $1.23bn in early 2021 with investments from top funds such as Bond Capital, Insight Partners, General Catalyst,” the entrepreneur wrote.

To fuel its rapid growth, Tomsky added, InDriver “has begun a transformation from a ride-hailing application to a global multi-vertical, customer-centric platform.”

As part of this “strategic shift,” the startup is “moving from a closed, cohesive core team model, mainly from one city, to a more open, broad and diversified international management team, while maintaining a high level of motivation.”

A previous $72mn round, which valued the company at $472mn in February 2020, was also disclosed last week to Russian Telegram channel The Edinorog.

This Moscow-based VC made initial investments in the Siberian startup – $5mn in 2017, which turned out to be enough for inDriver to penetrate the Latin American market, and $10mn in 2018 to support further company expansion.

Decisions made “by people, not algorithms”

InDriver has an unusual business model: passengers enter the price they are willing to pay, while drivers accept the orders only upon agreement of the fare.

Claiming to be “among the top five international passenger services” with more than 1mn users, InDriver now operates in large metropolitan areas, as well as in smaller towns and cities, across 34 countries.

In 2020, the Russian startup made the news in Israel as it “bypassed regulation” to enter the local market even before Uber, as reported by the local media.

The yuan became the third most traded currency in terms of volume of foreign exchange trading on the Moscow Exchange in July and will soon take second place, The Bell reported on August 8. Cut off ... more