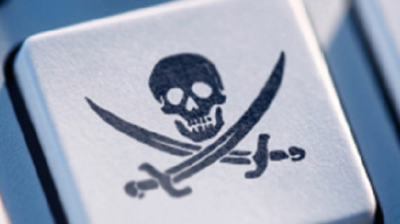 As Russia moves towards digitization, security concerns have arisen
By Vladimir Kozlov in Moscow December 19, 2018

As Russia moves towards digitization, security concerns have arisen due to the failure of government agencies to foot the security bill in timely fashion.

The government-funded "Digital Economy" programme, aimed at speeding up digitisation of Russian enterprises and public-sector organisations, consists of several initiatives, one of which is specifically focused on information security.

The initiative was supposed to be jointly funded by the communications ministry and the industry ministry, but the funding, scheduled to be disbursed in the third quarter of 2018, never arrived, according to Vedomosti.

The two agencies were supposed to provide RUB363.6mn ($5.5mn) to the autonomous non-commercial organization "Digital Economy," which is in charge of carrying out the national digitisation scheme, and another agency, the Centre for Import Substitution, before the end of September.

However, the cash was never disbursed, putting on hold all work in the cyber security direction, which was supposed to be financed under the government programme.

A representative for Maxim Akimov, deputy prime minister in charge of digitisation, was quoted by Vedomosti as saying that some work is still in progress the absence funding.

Karen Kazaryan, a lead analyst at the Russian association of electronic communications, told Vedomosti that the national digitization programme still lacks precise documents explaining the scope of activities, and because of the organisational issues, the programme's progress is problematic, regardless of funding.

Incidentally, government agencies that are in charge of other digitisation initiatives within the framework of the national programme have been able to collect respective funding.

The Federal Service for State Registration, Cadastre and Cartography (Rosreestr), which is working on a digital infrastructure, and the transport ministry, which is also dealing with infrastructural issues, have apparently received relevant funding.

Meanwhile, cyber security remains an acute issue for Russia. In 2017, the country's economy lost about RUB600bn ($9.1 billion) due to cyber attacks, prime minister Dmitry Medvedev was quoted as saying by RIA Novosti.

"You have to think about this figure," he said. "It is enormous. It is a significant sum for our economy."

According to Medvedev, any effort aimed at digitization of the economy could be thwarted if the country failed to ensure proper cyber security.

"We need cooperation on a national level and, which is especially important, on a global level," he concluded. "This is a difficult and important task."

Earlier this year, Group-IB, a major local provider of cyber security solutions, put losses of the country's financial sector between mid-2017 and mid-2018 at RUB2.96bn ($44.9 million).

The company stressed that one successful major cyber attack has the potential to completely destroy a single financial institution, with a danger of a collapse of the entire country's financial system also looming.

In recent months alone, Russian companies and government agencies have faced several highly publicised cyber attacks. In mid-November, the Federal Antimonopoly Service was attacked with a computer virus aimed at steeling logins and passwords of the agency's employees.

Russia's largest lender, Sberbank, suffered from two cyber attacks in late October and early November, respectively. As a result, personal details of the bank's employees, as well as technical documents outlining Sberbank's security procedures, were uploaded to the web.

Meanwhile, failure to curb cyber attacks could lead to tighter measures on the part of the country's security services, which have been looking to obtain more control of the cyber space.

"For us, professionals, it has been clear for a long time that the cyber space should be under control of secret services," Sergei Smirnov, deputy director of the Federal Security Service, known under the Russian acronym FSB, was quoted as saying by Interfax.

"Without that, it's impossible to guarantee proper enforcement of information security and successfully resist contemporary terrorist threats," he added.