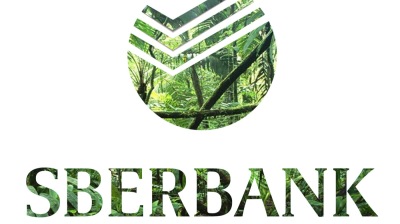 Russia’s Sberbank has set out its climate agenda and will insist its clients are ESG compliant
By By Richard Lockhart in Edinburgh September 18, 2020

Green loans, close monitoring of the carbon footprint of its borrowers and a future green bond are all on the agenda, as the bank, which has two-thirds of Russians as customers, aims to absorb international environmental, social and governance (ESG) agenda into its practices.

The bank’s new ESG committee, which was set up in June, said on September 17 that it had formed 17 working groups that would implement several long-term initiatives and develop the bank’s ESG strategy up to 2023, which is now set to be approved by the Supervisory Board.

The ESG committee, chaired by Alexander Vedyakhin, first deputy chairman of the Executive Board of Sberbank, aims to ensure that the bank and its ecosystem companies comply with ESG principles.

Crucially, the committee is to monitor the ESG activities of its borrowers, develop a green loan framework and draw up a road map for issuing green bonds.

“Compliance with ESG principles is crucial to empower sustainable growth and efficient risk management. This explains why momentum for ESG adoption is building up among executives throughout the world,” said Vedyakhin in a statement.

“Establishment of the ESG Committee is an important step for Sberbank. We are determined to develop an effective system to manage environmental, social and corporate governance factors and to become an ESG leader in Russia and globally,” he added.

This initial progress comes as ESG issues are now at the top of the global corporate governance agenda.

“The bank and its ecosystem companies are working proactively to introduce environmental projects, some of them being aimed at reducing the carbon footprint in Russia,” said Nadya Wells, an independent Sberbank director and chair of the bank’s audit committee.

Wells outlined the ESG agenda of the bank, which is majority-owned by the Russian government, at the first meeting earlier in September of the Russian Chapter of the World Economic Forum’s Climate Governance Initiative (CGI).

The CGI, set up in 2019, aims to improve the awareness of climate risks at board level.

“Climate risk management is a crucial issue for nations and global companies throughout the world, I’m a board member with many companies, and I must say that this is a major agenda issue for each of them, including Sberbank’s Supervisory Board,” she added.

Such initiatives are happening as more and more investors worldwide are taking ESG and climate risk seriously. In January, BlackRock stated that climate risk was now investment risk, and warned that it would divest from companies that have large carbon footprints, for example in the coal sector.

Russia’s environmental record is poor, with the country accounting for 5% of global greenhouse gas (GHG) emissions, leading the world in per capita emissions and reporting high levels of energy intensity.

However, climate change is low down the Russian government’s list of priorities, is often seen as a security issue or a way of affecting the country’s energy exports, the Bank of Finland said in a report.

However, the Central Bank of Russia (CBR) is more concerned, and has joined the Network of Central Banks and Supervisors for Greening the Financial System (NGFS).

The central bank, as with Sberbank, is keen to promote discussion of climate risks to the financial sector and to keep up with global trends in green financing.