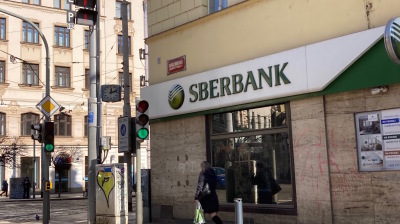 Sberbank Europe, a unit of Russian state-owned lender Sber, is facing the risk of an imminent collapse after clients across Central Europe rushed to withdraw their deposits, forcing the local operations to agree with regulators to close their doors to stop the run. Confidence in the bank has been shaken by the Russian invasion of Ukraine and the imposition of Western sanctions on parent Sber of Russia, which is now excluded from the SWIFT international payment system.

The European Central Bank (ECB), the regulator for Sberbank Europe's operations in Austria, as well as the separate Slovenian and Croatian subsidiaries, imposed a moratorium on the bank's branches on February 27, warning that it was near collapse: “Sberbank Europe AG and its subsidiaries experienced significant deposit outflows as a result of the reputational impact of geopolitical tensions,” it said.

“This led to a deterioration of its liquidity position,” the ECB added. “There are no available measures with a realistic chance of restoring this position at group level and in each of its subsidiaries within the banking union.”

Following the ECB lead, the bank's units in Austria, Slovenia and Croatia have been put under a moratorium until the end of March 1 by their countries' respective central banks in order to limit withdrawals. Sberbank's operations in Hungary, which is not under the ECB, has also been placed under a moratorium by the Hungarian central bank.

The Czech National Bank (CNB) has even launched steps to revoke the banking licence of Sberbank CZ, as a result of the deterioration of the bank's liquidity situation in connection with the outflow of deposits after Russia's invasion of Ukraine, the CNB said on February 28. The CNB said it assumes that this solution will not affect the stability of the Czech financial sector.

Sberbank CZ closed its doors on Friday after a run on deposits.  “The liquidity crisis of Sberbank CZ has been caused by external geopolitical developments. It is therefore an isolated and specific problem involving a bank that is not significant from the perspective of the domestic banking sector. The Czech banking sector thus remains one of the most robust and stable in Europe,” said CNB governor Jiří Rusnok.

“The CNB has been intensively addressing the situation regarding Sberbank CZ since the very start and is doing its utmost to minimise the impacts of the bank’s problems on its clients,” he added.

The CNB board acknowledged Sberbank CZ's failure could be prevented using a different measure within a reasonable timeframe. The deposits of Sberbank CZ’s clients are subject to statutory insurance of up to €100,000 per client. Compensation of 100% is provided up to this limit.

The bank reported that deposits of both citizens and businesses are insured, as are the deposits of municipalities and regions but only if they are the recipients of tax revenues and their tax revenues do not exceed the equivalent of €500,000.  “I can assure depositors that the guarantee system has sufficient funds to satisfy all eligible claims for the payout of deposit compensation,” she noted.

Sberbank Europe AG had total assets of €13.64bn at the end of last year. It is present in Austria, Czechia, Serbia, Bosnia & Herzegovina, and Hungary. Sber also has two separate Croatian and Slovenian units.

The banking agencies of Bosnia's two entities, the Federation and the Serb Republic, said on February 28 they have taken control of the two local subsidiaries of Sberbank Europe, Sberbank BH Sarajevo and Sberbank Banja Luka, to preserve the stability of Bosnia's banking system and protect the bank's depositors and creditors.

Sberbank Europe said in November it had reached a deal to sell its subsidiaries in Croatia, Slovenia, Hungary, Serbia and Bosnia to a group including Serbia's AIK Banka and Slovenia's Gorenjska bank. Slovenian Gorenjska Banka announced on February 28 that it is not possible to proceed with the acquisition of the Slovenian subsidiary of Russia’s Sberbank after the latter kept its doors closed on Monday. By contrast, AIK Banka has finalised the acquisition of Sberbank Serbia, the two banks said on Monday.