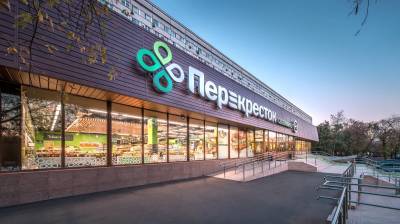 Russia's largest retailer X5 Group saw its online sales jump almost 5-fold year-on-year in April 2020 to RUB1.7bn ($23mn), which VTB Capital (VTBC) on May 8 estimated to be the largest share of e-groceries in Russia. In 2019 overall, the e-grocery segment amounted to RUB45bn.

As reported by bne IntelliNews, X5 was the first major retailer to present a strategy of dealing with the coronavirus (COVID-19) crisis, in addition to having a solid head start on digital and delivery solutions versus its peers.

For X5 online sales represented 2% of its total in those areas where it is present (Moscow, Moscow Region and St Petersburg), soaring versus 0.2% on the consolidated level last year. At the end of the April, the daily order count reached 23,000.

X5 has boosted the capacity of its stock-up service, Perekrestok.ru, while also expanding the capacity of the delivery services from its convenience outlets. In April, Delivery.Pyaterochka reported 259,000.

VTBC reminds that the e-grocery segment is expected by INFOLine to surge seven-fold to RUB320bn by 2022 (implying the most rapid pace in e-commerce).

"Express delivery is the most promising niche," in VTBC's view, as it covers the service of the convenience format (38% of food retail in 2019) in the medium-sized cities and creates a new layer of social infrastructure, with the possibility to expand into other goods.

The segment was pioneered by Samokat service and followed by Yandex.Lavka of internet major Yandex, "while other retailers have joined the race with a sizeable and established store count," the bank notes.