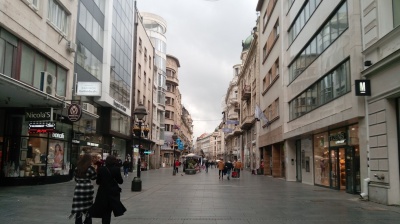 The chief editor of Russian state-funded broadcaster RT (formerly Russia Today) tweeted "Kosovo is Serbia” on the launch of its Serbian language service RT Balkan, apparently setting the tone for the outlet's reporting.

Margarita Simonyan made the controversial comment amid a spike in tensions between Serbia and Kosovo that has raised fears of a new conflict breaking out in the Western Balkans.

The RT Balkan news website has already launched, and RT plans to start local language TV broadcasts by 2024 at the latest, said a statement from RT on November 15.

The statement said that the new service will cover “the most pressing regional and world events from an alternative point of view”.

Simonyan tweeted on November 15: "We have launched RT in the Balkans. Because Kosovo is Serbia.”

RT Balkan will be headed by Jelena Milincic, who is the daughter of Ljubica Milincic, the editor of Russian state-funded news agency Sputnik.

Following Russia’s invasion of Ukraine in February, Western countries, including EU members, blocked RT as part of sanctions on Russia. The European Council announced on March 2 it was suspending the broadcasting activities of Sputnik and RT/Russia Today “in the EU, or directed at the EU” because of their "disinformation and information manipulation actions against the EU and its member states”.

However, Serbia has refused to join Western sanctions on Russia, citing its longstanding friendly relations with Moscow and Russia’s support during the wars in ex-Yugoslavia in the 1990s.

This is despite Belgrade coming under heavy pressure to join the sanctions as one of the EU candidate countries from the Western Balkans.

Since the Russian invasion of Ukraine there have been fears that Moscow could use its influence in the Western Balkans to inflame existing conflicts such as that between Serbia and Kosovo.

Kosovo seceded from Serbia in 2008 and it is still not recognised by Belgrade as a separate country. The two sides are engaged in an EU-mediated dialogue which so far has not brought significant progress.

The situation worsened when Serbs in northern Kosovo decided to abandon the state institutions where they worked in protest against the Kosovan authorities’ insistence on continuing with re-registration of cars with Serbian plates.

Simonyan made her comment on Twitter after EU High Commissioner Josep Borrell said on November 14 that Kosovo and Serbia are on the edge of another conflict and called on both sides to work on finding a solution.

Ahead of the launch, on November 14 Ukrainian diplomat Oleh Nikolenko urged Belgrade not to allow RT to broadcast in the country.

He warned of the danger that RT could  “start destabilising the situation in Serbia at any moment”.

“RT has nothing in common with freedom of speech and journalism. The propaganda and disinformation that this channel spreads will not benefit Serbian society. We are calling upon Belgrade not to make this decision,“ Nikolenko wrote in a Facebook post.

“The Serbian government must understand that RT can start destabilising the situation in Serbia at any moment,“ he added.

Nikolenko also said that allowing RT to broadcast conflicts with Serbia’s aim to become a member of the EU.

“Actions speak louder than words. To see Russian propaganda making a grand comeback in Serbia via the launch of Russia Today is contrary to commitment to work on alignment with  foreign policy. A serious EU accession country should not be a disinformation hub for the Kremlin,” he wrote.