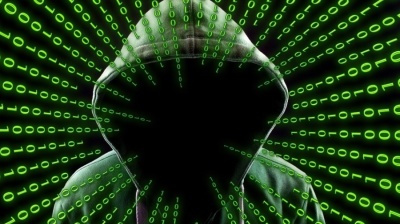 Russia's Interior Ministry has presented to the government a RUB55bn ($720mn) digital transformation programme that has a heavy focus on artificial intelligence (AI). / wiki
By Vladimir Kozlov in Moscow November 24, 2020

AI-based solutions are expected to be used in searching for perpetrators of serious crimes, based on biological samples collected at the crime scene, Kommersant reported, citing sources that attended a recent government meeting led by deputy Prime Minister Dmitry Chernyshenko and devoted to the digitalisation of interior ministry operations.

The idea of using AI by Russia's law enforcement agencies has been discussed for a while, but this is the first time it seems to be taking shape. AI is frequently mentioned in a recently revealed project for the digital transformation of the interior ministry, which Deputy Minister Lieutenant-General Vitaly Shulik sent to the government for approval last week.

The government is hoping to replicate its very successful overhaul of the IT system at the tax service that resulted in a 20% increase in the tax take, with only a 2% increase in the tax burden. Likewise, the state-owned Russian retail banking giant introduced a new IT system several years ago that allows it to monitor and supervise its network of over 25,000 branches spread over 11 times zones in real time. Sberbank is said to have one of the most sophisticated banking IT systems in Europe today.

The roadmap of the digital transformation scheme stipulates that already in 2020, research and development work into the adoption of AI in police operations should start. By 2023, specific software applications are expected to be developed that will enable searches for perpetrators based on samples from crime scenes.

So far, the interior ministry has been lagging behind other Russian government agencies when it comes to digital transformation. Last year, an attempt to create a digital platform supporting all police operations across Russia proved to be abortive and triggered a probe by the investigations committee.

The probe led to the arrest of Sergei Shilov, then head of the company AT Consulting, which had been commissioned to develop the platform, and the investigations committee insisted that the RUB1.4bn ($18mn) project wasn't properly implemented.

According to Kommersant sources, the system has not yet been properly launched due to software development issues, and the Interior Ministry was forced to offer two tenders to improve the system – one with a price tag of RUB2bn ($26mn) last year, and another one worth RUB2.5bn ($33mn) this September. However, the ministry has been reluctant to explain the situation with the system.

Still, there have been attempts to use AI by Russian law enforcers, but they have mostly been focused on face and item recognition from images and videos in searches for stolen vehicles and perpetrators caught on surveillance camera. But those solutions are still in the early development stages.

"When using AI, what is vital is clearly formulating the task and understanding in what situations the model is likely to work well and in what situations not so well," Nikolay Knyazev, a machine learning architect at Softline digital lab, was quoted as saying by Kommersant. "Overall, when it is impossible to find an exactly matching individual, AI could help to find a close match, using biological data or finger prints."

Meanwhile, private Russian companies have long been developing AI-based solutions that could be applied in law enforcement operations, and there has been interest in those solutions, but mostly from agencies outside Russia. "We have received requests for developing motion detection technologies that would enable detecting pulling a weapon," said Alexey Tsishevsky, COO of Handl.ai, adding that the requests were made in the context of protecting US schools.

According to Tsishevsky, the idea of using computer vision for finding matches between biological materials collected from crime scenes and suspects is promising.

In the last few years Russia has been pushing for the digitalisation of the economy, including operations of state agencies. However, earlier this year it became clear that the country's ambitious digitalisation programme had been running behind schedule, with the coronavirus (COVID-19) pandemic putting an extra pressure on government spending.

The government admitted that several major areas where the digitalisation scheme was expected to make a substantial impact had apparently been struggling.