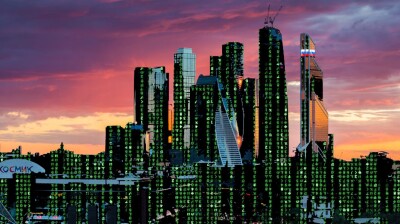 Russian government is using the carrot and the stick to try to get hundreds of thousands of IT professionals that fled Russia to come home. / bne IntelliNews
By bne IntelliNews January 12, 2023

Russia’s Ministry of Digital Development is actively seeking ways to bring back IT specialists who have fled the country since war in Ukraine began last February.

As reported by Kommersant, the ministry has been in talks with representatives of specialised associations and companies to discuss ways of enticing IT professionals to return to Russia. Among the measures being considered are partial payments for "reverse relocation," and as a punishment for those who do not return, an increase in personal income tax from 13% to 30%, The Bell reports.

IT professionals who do return to Russia may be granted a guaranteed exemption from being drafted into the army. However, market participants note that there is currently a regulatory gap between the ministerial lists of companies exempted from military service and the registration with the military and enlistment offices, so employees may still be called up for service even if they are IT personnel.

The Ministry of Digital Development has said that they are developing additional measures to support the development of IT companies operating in Russia, but they do not support the initiative to ban remote work from abroad and introduce protective taxes, as this will not benefit either the industry or the specialists themselves.

For several months, the government has been trying to decide how to address the problem of IT professionals leaving Russia. In December, United Russia proposed a ban on certain professions working remotely from abroad. In the summer, the Ministry of Finance advocated a complete revision of the approach to taxing the salaries of employees of Russian companies living abroad and working remotely.

The Kremlin is distancing itself from this issue, with a source close to the presidential administration saying in December that the Presidential Administration believes people will return on their own. However, the problem of shortage of IT specialists in Russia remains acute.