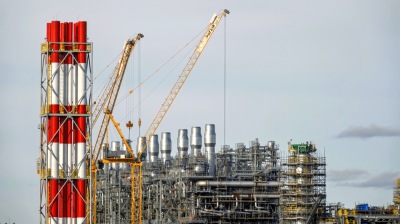 Russia’s exports of chemical products may double to $34–35bn by 2024, Deputy Industry and Trade Minister Viktor Yevtukhov said in an interview to Rossiya 24 television channel on January 22, reports Prime.

“I can say that the chemical industry will take an active part in implementation of our plan to boost exports. We plan to double these exports. Today they stand at $17bn, and we see prospects to grow to about $34–35bn until 2024,” he said.

Russia’s petrochemical industry is growing rapidly and going up the value chain. Russia is famous for pulling hydrocarbons out of the ground, but after two and half decades of profits the leading companies are investing heavily in improving the margins of this business by processing the hydrocarbons to produce more valuable products. The drive is being lead by Sibur and detailed in a recent bne IntelliNews feature “Plastics in the snow” that may carry out a highly anticipated IPO later this year.

Yevtukhov highlighted that while Russia already produces many basic chemicals and fertilizers it still needs to invest more into this sector to improve exports. In addition to the mega projects like Sibur’s $9bn investment into a new plant in Siberia, Russian small and medium-sized chemical facilities need to be developed.

The development of the chemical and petrochemical sector is part of the 12 national programmes to “transform” the economy, launched by president Vladimir Putin last year as part of his May Decrees.

The Russian authorities defined six major technological directions for development and have a short list of over 130 projects that are due to receive investment of more than RUB400bn ($6bn) that will be implemented in 40 regions of Russia, Yevtukhov said.

Russia needs to substitute imports of certain types of chemical fibre, polymer resins, paints and lacquers, sealant compositions, and acids. “At the same time, we have the goal of raising our non-energy exports. In this regard, we’ve defined about 40 new projects totalling over 600bn rubles until 2024,” Yevtukhov said, as cited by Prime.